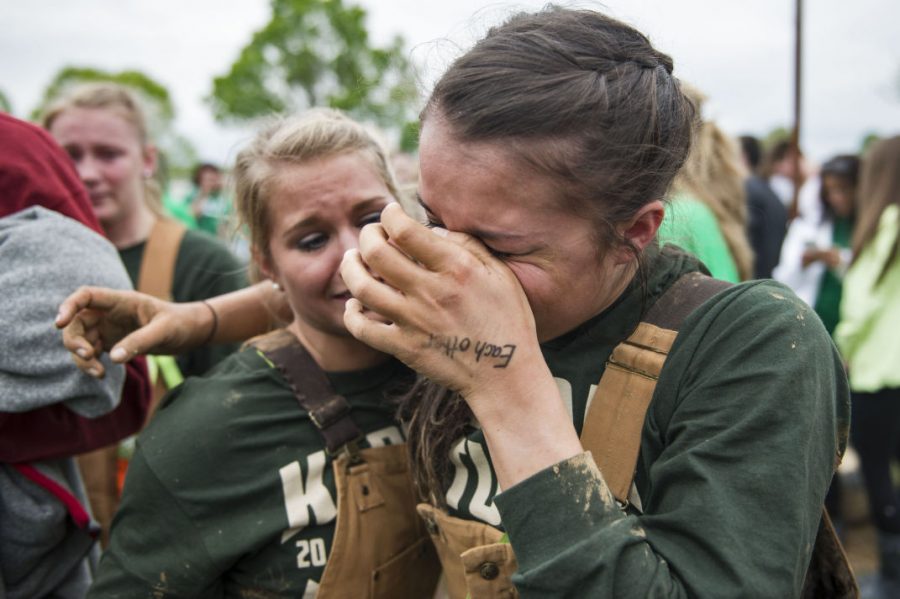 KD junior Summer Spillman, from Richmond, wipes tears away after teammates embrace her after they lost in Tug in the first round on Friday April 24, 2015 at the Ag Farm. This is KD first lost in Tug in 11 years go the competition. WKU fraternities and sororities compete in Tug for Greek Week at Ag Farm on Friday April 24, 2015. AGD won Tug for the sorority team and AGR won for the fraternity. Jeff Brown/HERALD