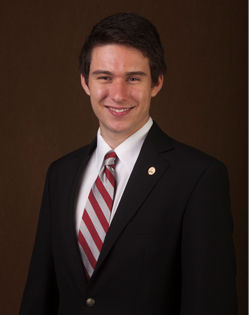 Richey defeated senator Brian Chism in the elections, 63 percent to 37 percent (874 to 524), according to tabulations.

Polls closed at 11:59 p.m. on TopNet on Wednesday night. SGA officials then tabulated the results, and winners were announced 20 minutes later.

Richey will not only serve as SGA president but also student regent on the WKU Board of Regents.

Only 20 of the 34 senatorial candidates could win a position.

The Herald will continue updating this story.