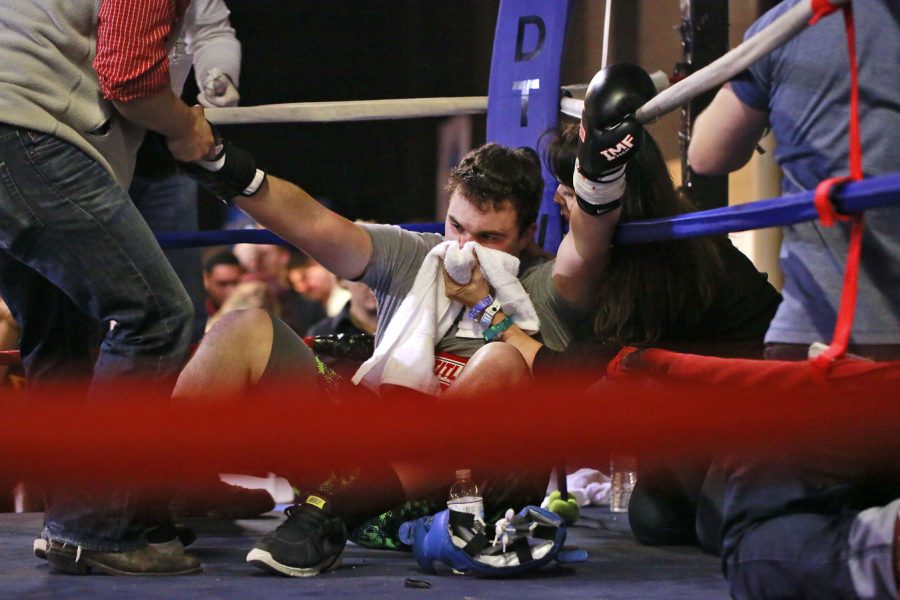 After obtaining a bloody nose, Kappa Sigma sophomore Tony Nicholas is tended to by his corner man and his mother Tina Burrell in the final fight of night one of Sigma Chi’s Fight Night. Nicholas was defeated after three rounds by Drew Davis of Sigma Chi at the charity event in Bowling Green on February 26, 2015. Leanora Benkato/HERALD