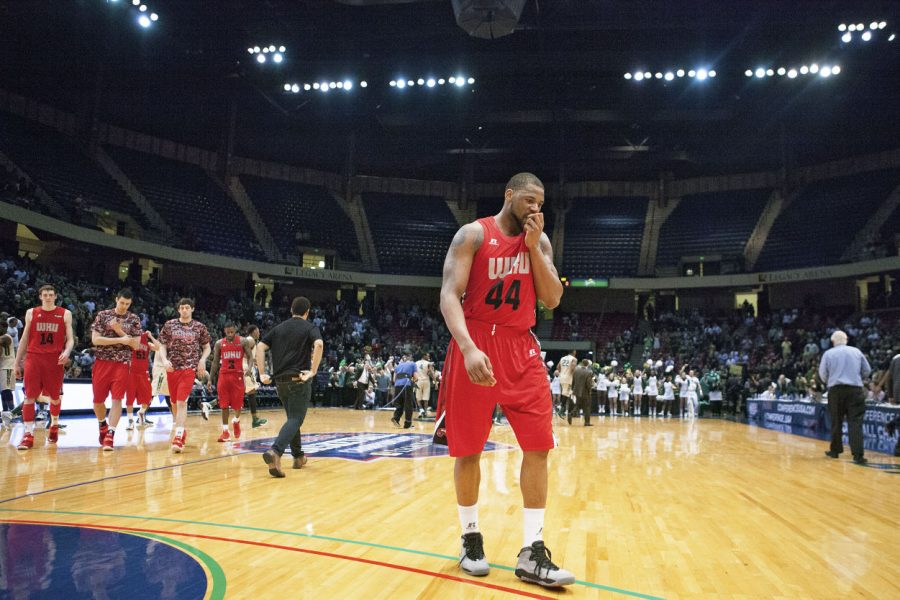 WKU’s senior forward George Fant (44) walks off the court after his final game as a Hilltopper, a 52-53 loss against the University of Alabama at Birmingham in the second round of the Conference USA tournament Thursday, March 12, 2015, at Legacy Arena in Birmingham, Ala. Fant led the Toppers with 18 points but they fell short in the final minute. Mike Clark/HERALD