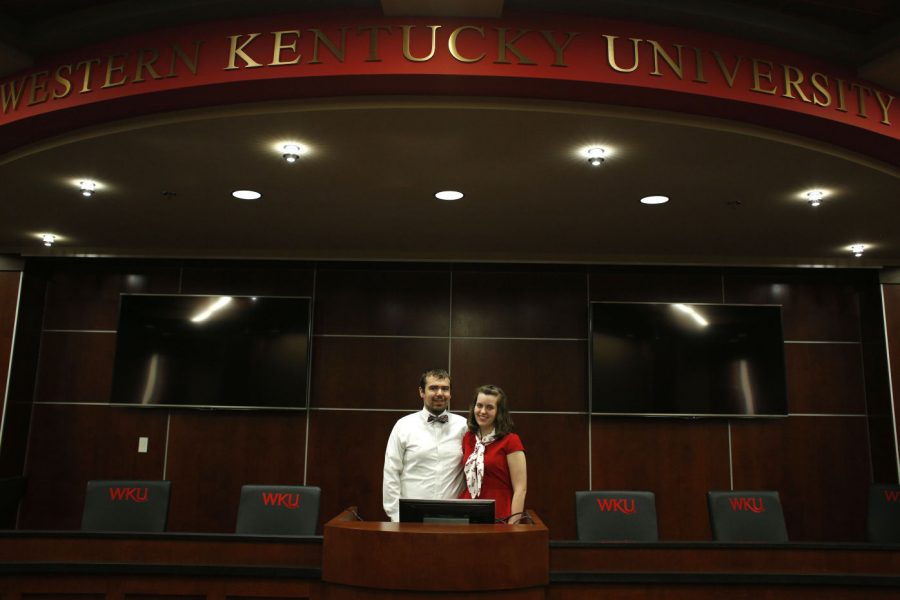 Nicki, 22, and Travis, 26, Taylor met at SGA in 2012 and married two years later on September, 28, 2014. “He’s definitely the more serious one of us,” said Nicki. “We balance each other out,” added Travis. Both graduate from WKU in spring. Nicki will be graduating with a double major in Mass Communication and Agricuture while Travis will graduate with a Masters in Organizational Leadership. He was also a double major in undergraduate school at WKU, double majoring in Political Science and International Affairs. This is the second masters degree he has worked towards; his first was in Student Affairs. After their graduations in May, Travis plans to find a job and Nicki plans to go to seminary to earn a Masters in Divinity and hopes to be ordained as a deacon in the United Methodist Church. HERALD/Erica Lafser