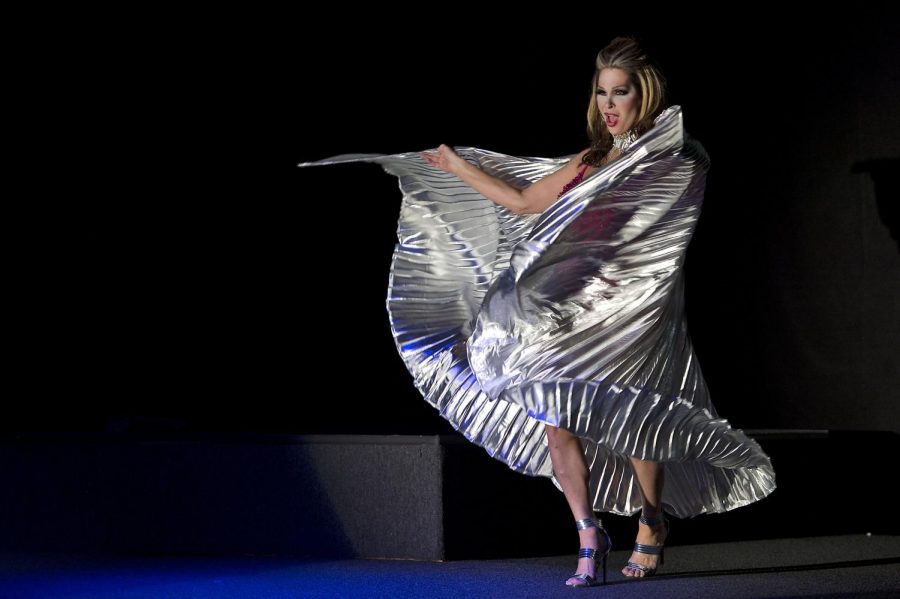 The Compound hosted Illusions Drag Show with a lineup of eight drag queens. While the show didn’t start until 10:30 p.m. Saturday, people were lined up outside the doors an hour prior, shuddering with anticipation.

“I did my first drag show in a single-wide trailer,” Carmella Marcella Garcia joked with her captivated audience.

Garcia served as the co-host and emcee for the drag show. Out of character, Garcia is George Timothy Reed, a Brownsville native and WKU alum. Reed recalled the first time he saw a drag queen while at a gay bar in Nashville. He commented that, at first, he couldn’t believe that it was a man.

Reed went to WKU to study music to  be a music teacher. While at WKU, he was a member of Phi Mu Alpha Sinfonia, a fraternity for men with interest in music, and Sigma Phi Epsilon.

Reed has been a singer, entertainer and pageant coach. However, being a drag queen has been his professional career for over 30 years. His career first started in Bowling Green and then went on to Nashville, but he quickly arrived in Florida, where he headlined shows at clubs for 18 years.

Reed said that while his career was fun in the beginning, after 30 years it became more of a job and lost some of its fun qualities. He said he enjoys pieces of it such as when he’s out there on stage in the moment, but the packing and preparation leaves more to be desired.

Reed also worked alongside several other performers that night such as Dutchess Divina. Saturday was Divina’s first night performing at “The Compound”, but she has been performing for eight years.

Offstage, Divina is Joshua Peay, a Morgantown native, got her start in drag with WKU’s Outlet Alliance in 2007, performing in a drag show to raise money for the organization and has been doing it ever since.

“The fact that I get to put on makeup and look pretty and then dance around in heels, but the most appealing thing to me is probably that I get to make people laugh … ,” Peay said.

Peay’s passion for drag was shared by fellow performer and Bowling Green native Venus Knight. Knight will have been doing drag for seven years, this July.

Knight recalled being approached by a show director at a sports bar and being asked to perform several times before agreeing to.

“I’m pretty, and I travel, and I meet wonderful people,” she said.

In regards to the type of community within drag, Knight said that while she’d love to say that it’s perfect, it’s not. She elaborated on this by saying the drag community is similar to any other community of people — some days members will like each other and some days they won’t.

Although the community may not be perfect, many of the drag queens have performed with each other for so long that a bond is definitely present.