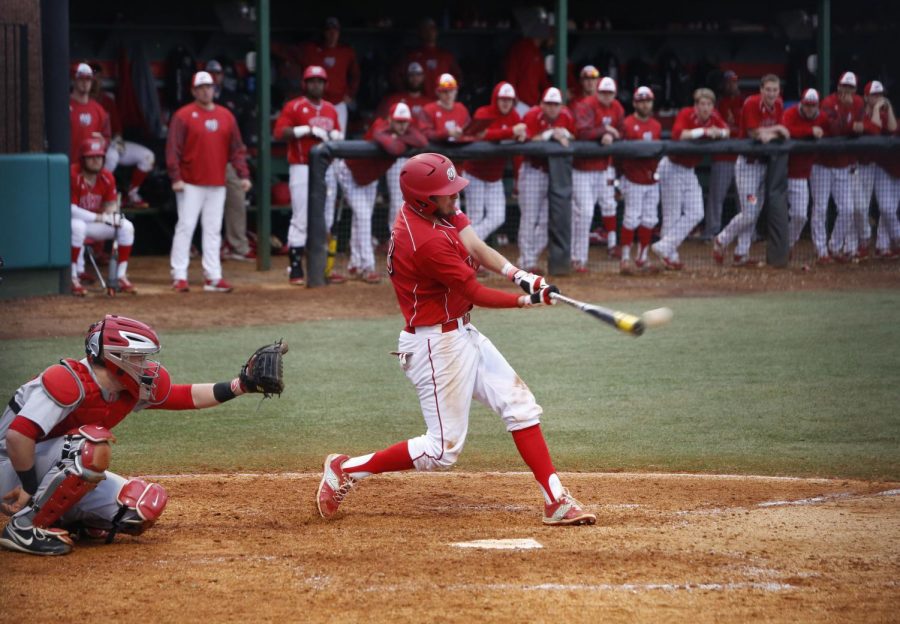 In a season that has seen the Hilltoppers struggle from the bullpen, pitching proved the difference in WKU’s win over Lipscomb University 6-1 at Nick Denes Field Tuesday night.

The Tops (10-9) defeated Lipscomb University (11-6) as the WKU pitching staff combined to allow only one run on six hits.

Freshman pitcher Logan Weins got the start on the mound for WKU, pitching his first victory of the season with zero runs and only four hits in four innings.

“I had command of all my pitches tonight and I was able to get ahead of the count often,” Weins said. “The bullpen was outstanding today and when you get that from the bullpen there is nothing to worry about.”

Consisting of four players in relief for Weins, the WKU bullpen combined to allow only one run, two hits and one walk over five innings.

“The bullpen has definitely been effective,” said Miller. “That was a statement win and we were able to really carry the energy over from this weekend in all aspects.”

The Hilltopper bats also proved their effectiveness on the night. WKU scored six runs on eight hits, and Miller added his team leading fifth home run on the year in the fifth inning.

“We played a pretty great game tonight,” Head Coach Matt Myers said. “We were very complete today and the bullpen really got comfortable with the lead they had for them.”

The Hilltopper pitching staff also held the Lipscomb trio of Michael Gigliotti, Adam Lee and Johnathon Allison to just two in their ten at bats. The trio entered the contest with each playing having a batting average above .370.

“The wins that we got last week were because of our pitching staff and they are really starting to settle in,” Myers said. “Everything is looking really good and I am excited for this team.”

The Hilltoppers will be back in action Friday night at 6:00 p.m. in San Antonio, Texas where they will start their second conference series this weekend against UTSA.