Pearce-Ford Tower to open at 4 p.m. 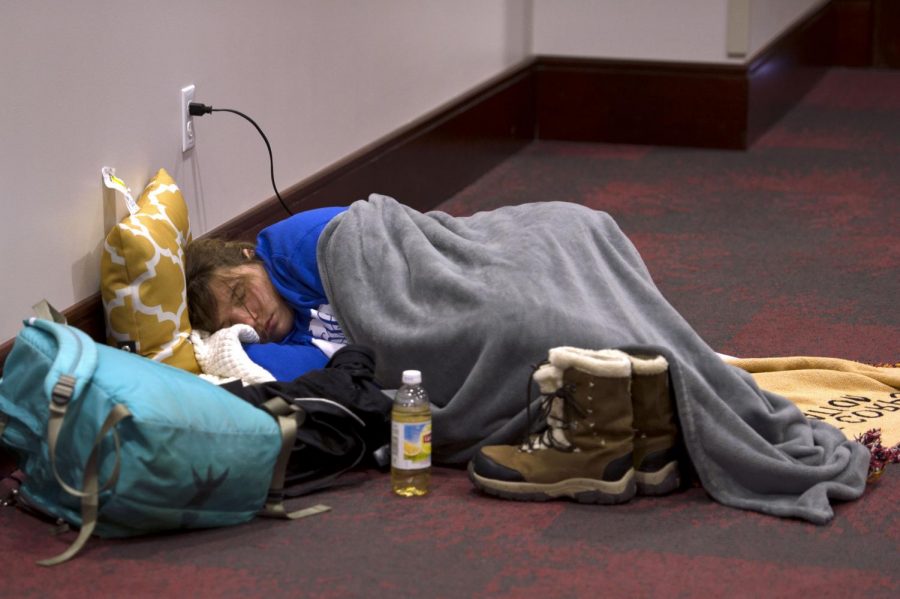 Housing and Residence Life posted a Facebook status stating power to Pearce-Ford Tower has been restored and all residents will be able to return at 4 p.m. today.

Bryan Russell, chief facilities officer, said the cables needed to restore power to Pearce-Ford Tower have been received and installed. Russell said he expects power to be restored to PFT by Thursday afternoon.

Residents of PFT have been instructed via email to get books in anticipation for classes Thursday. The dorm closes at 5 p.m. Wednesday.

The original story is below.

Some students who were hoping to spend a second consecutive day off from classes in their dorms had to quickly change plans Tuesday morning.

At about 6:30 a.m., Bryan Russell, chief facilities officer, said his division received a call that the Preston Center, Pearce-Ford Tower, Zacharias and Meredith residence halls had no power.

The cause of the power outage was a blown electrical cable from PFT, which is about 45-years-old. All of the affected buildings were connected through the same electrical circuit.

As electrical engineers worked to restore power to the buildings, students were relocated to other dorms and to Downing Student Union. Some buildings, which were closed, such as Mass Media and Technology Hall, were reopened briefly to help accommodate the displaced students.

At about 4 p.m., power was restored to the Preston Center, Zacharias and Meredith Halls. PFT’s power could not be restored until a power cable needed for repair was shipped from Chicago and installed. As a result, PFT was officially closed Tuesday and Wednesday nights.

About 800 women were encouraged to find a friend or family member to stay with until the repairs were completed. Residents were briefly let back into the dorm to pack essential supplies. Preston and DSU were also open for displaced students to spend the night and several PFT residents also booked rooms at local hotels.

Repairs are expected to be completed late Thursday. Russell said because PFT houses many students, it was a priority to get it back online as soon as possible.

“It is an emergency,” Russell said.