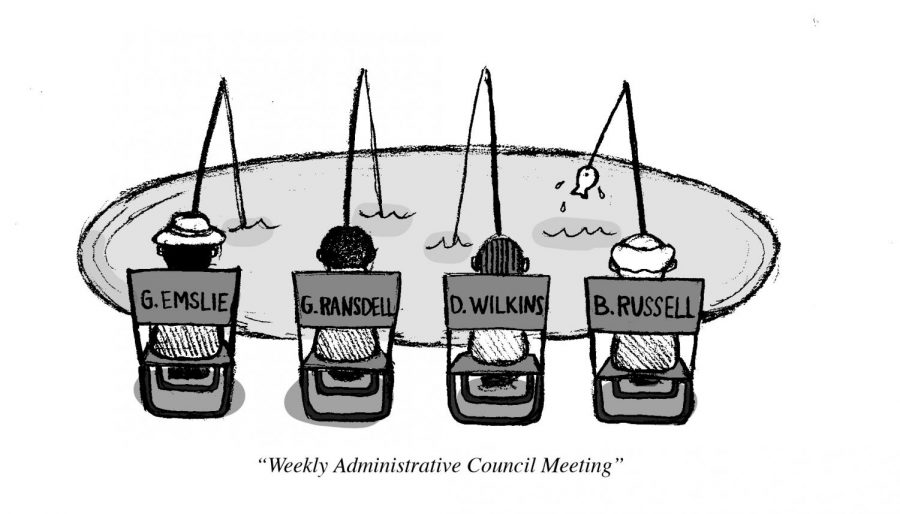 Fishing, one of humanity’s oldest pasts times, has transformed to multiple meanings in modern culture. It’s original definition— focusing on the hunt of an aquatic creature— still remains, but a new age of technology has allowed for more dimensions to be added.

For instance, the relatively new “phishing” that relates to an influx of spam emails, similar to the bombardment all of those “free toner” announcements.

Another usage is “catfishing,” where a person pretends to—someone else when creating an online relationship. MTV’s “Catfish” focuses on this very topic and it’s intensely entertaining.

Then there are times things seem “fishy,” to describe something that doesn’t quite add up— much like our university budget and why no one on admin council seems to age.

Most commonly, “fishing” used to relate to a patient pursuit of something. Journalists fish for stories— or if you’re Brian Williams you just make them up. Students fish for information to satisfy their thirst for knowledge, Christians follow the calling as “fishers of men” to bring people to their church.

It’s not a secret that some administrative council members fish, and sometimes with each other. But what are they fishing for?

My first guess would be the “fishers of men” example, going to extreme lengths to increase the number of students attending WKU. My second guess would be fishing for profit, casting their hooks deep into the sea of alumni and Commonwealth community—just yearning for a bite.

The problem, though, lies in the bait. A university with ongoing construction for new installments, profit driven goals, a handful of buildings falling apart and a penchant for relying on tuition increases for funds doesn’t exactly seem too tasty.

The saying goes “teach a man to fish, you’ll feed him for a lifetime.” This is an all call for someone to buy the administration a new tackle box—their tools could use a tune-up before their next trip.