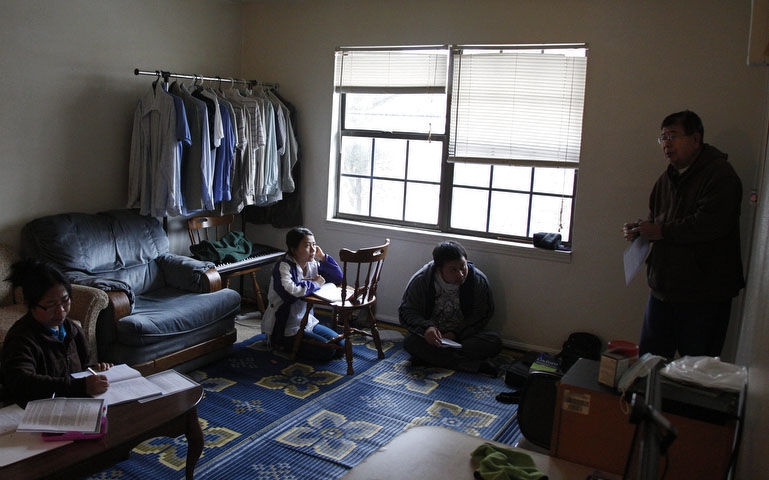 Khin Maung Nyunt explains the difference between a noun and a pronoun to his class of four Burmese Bowling Green residents in the Creekwood apartments in Bowling Green, Kentucky on Feb. 8, 2015. Nyunt recently started teaching English to Burmese residents in his community every Saturday and Sunday morning. Nyunt was a captain in the Burmese army until he became a political protestor and was thrown in military prison for three years without trial. “Burma was once the rice bowl of South East Asia,” Nyunt said. “I was brain washed by the dictator that the military was saving the people, but then day by day I noticed the poor condition of the people.” Nicole Boliaux/HERALD