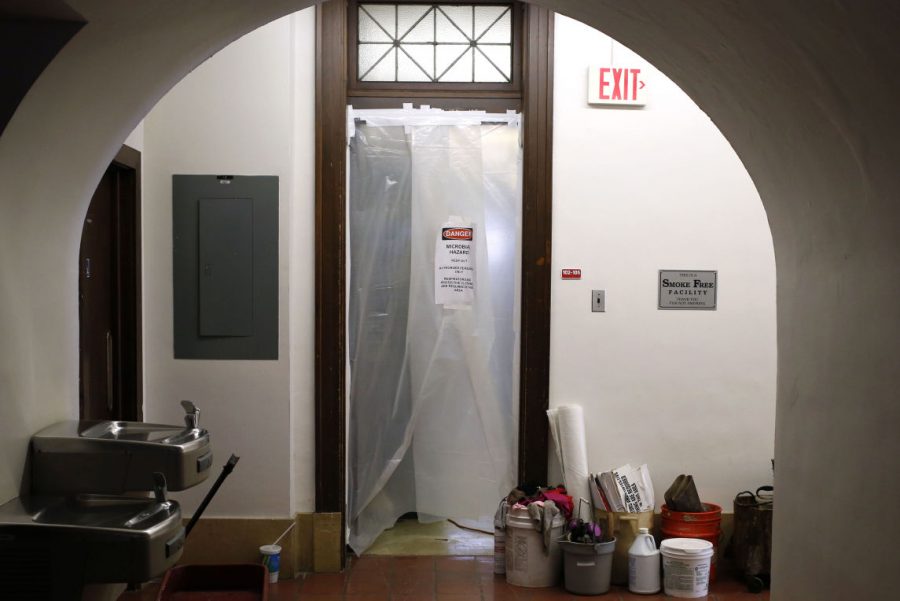 WKU boiler specialists and Lyons Company employees repair a damaged steam pipe in the 3-foot crawl space beneath Gordon Wilson Hall on Jan. 30, 2015. The pipe developed a leak which spread moisture inside the crawl space, encouraging the growth of mold in one of the building’s prop rooms. The building, which is now used for dance and theater classes, was built in 1926 when asbestos insulation was an industry standard. In order to work on the leaking pipe, an abatement team from Romac, Inc. removed and contained the asbestos and mold, before the boiler technicians could enter the crawlspace. Due to the number of individual and often fragile props that may need special cleaning, abatement in the most affected room may take until the end of next week. Leanora Benkato/HERALD