BG Eats: ‘A Taste of Europe’ an appropriate name 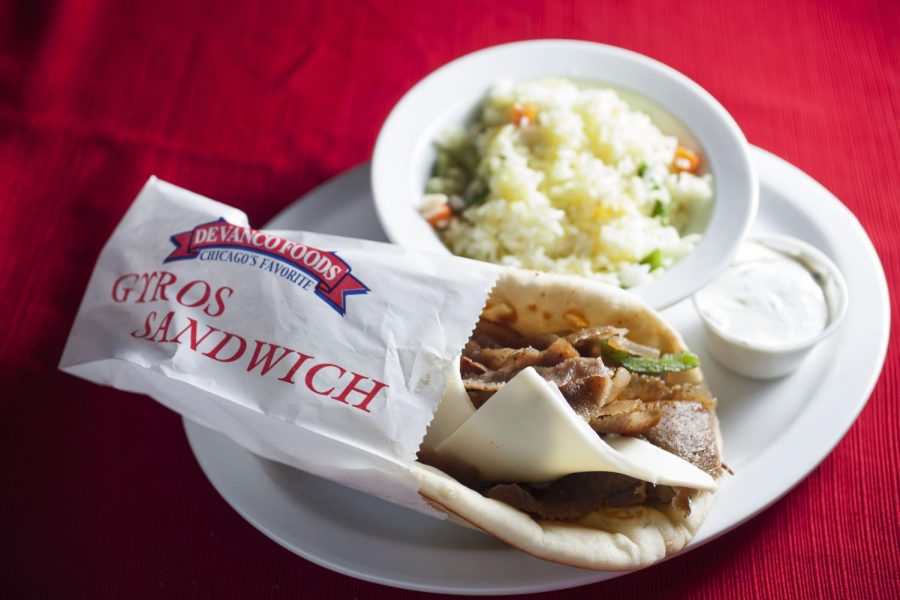 A Taste of Europe is a Greek restaurant on State Street that offers discounts to college students with their student I.D. Featured, is a Western Gyros sandwich with a side of rice. Erica Lafser/HERALD

Pinched between two stores near the downtown square, A Taste of Europe looks like a small European street café. On the inside, it mostly plays the part. Lining the walls is an impressive mural depicting some of Europe and America’s iconic landmarks.

For those who may think that A Taste of Europe serves general European fare, be duly warned. They serve a single European flavor, and that is Greek Street cuisine.

The reason for coming here spins idly in plain view, punctured by a rotating vertical spit. Known as gyro meat, this nondescript brown hunk (often lamb) is shaved to order for all sorts of Greek-style plates and sandwiches.

Consider the Western Gyro. A heap of shaved meat mingling with slightly-sweet grilled onions and peppers was served, nestled between a browned pita. With a slight crispiness and potent, salty, flavor the meat lived up to its billing. If the sandwich began to seem dry, a generous heap of the tzatziki sauce, that comes on the side, supplied a refreshing creamy tart. If only the gyro came with more of it.

A side of fragrant Greek rice came speckled with a variety of soft vegetables, such as carrots and corn. If nothing extraordinary, it was a decent foil for the savory gyro.

Baklava is a popular Greek desert layered with strips of filo dough, honey and nuts — A Taste of Europe’s version came with a drizzle of chocolate sauce.

The layered pastry made for a dense yet crispy experience that maintained its texture, despite a liberal soak in honey.  Visual appearance notwithstanding, the chocolate sauce was unnecessary and detracted from what was otherwise a very able dessert.

A Taste of Europe is basically what it purports to be: a single flavor of European cuisine done pretty well. As an added plus, WKU students get 15 percent off their order. That isn’t a bad deal.