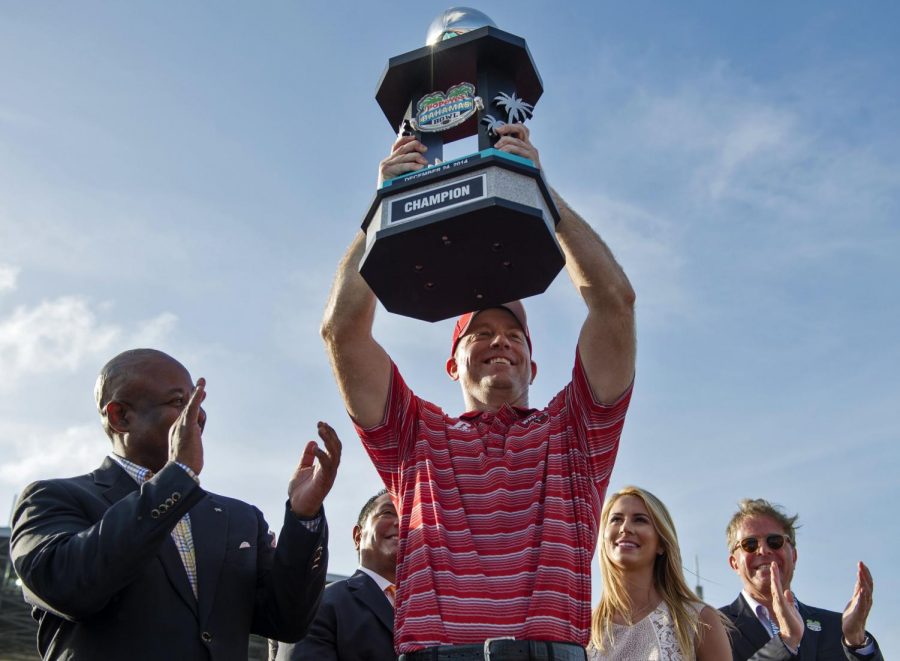 Head Coach Jeff Brohm announced the 2015 recruiting class last week, adding The 15 student-athletes to the roster. In recruiting class, the main goal was to add depth to the offensive and defensive lines. Nine signees hail from the state of Kentucky.

“I think this recruiting class fills a lot of needs on our team and will help us become a better football team immediately,” Brohm said. “We continue to recruit the state of Kentucky very hard. I believe we signed nine guys from the state this year—so that makes it 19 over the past two years. We believe in recruiting the very best players in the state of Kentucky. It’s important to us, and we spend a lot of time doing that.”

With Kentucky claiming nine of the 21 new players, Florida and Georgia are the next states with the most signees—both with four. Two join the Hilltoppers from Tennessee, and one comes from both Mississippi and Alabama.

“I chose WKU because, this year and last year, they showed me that they like to pass a lot,” Jernighan said. “They like to run the spread and a quick, fast paced offense. I also really like Coach Brohm.  Anytime I have worked with him in camps in the past, he has coached me like I was his own player.”

Jernighan has also expressed his excitement to work with Brandon Doughty, who is coming off of a record-setting season, where he led the division in passing yards with 4,830 and touchdowns with 49.

“I heard that he was supposed to leave but that he was coming back for another season,” Jernighan said of Doughty. “I also know that he is probably going to the NFL, so I’m just excited to catch some passes from him.”

The Hilltoppers’ recruiting class was ranked 106 out of 129 ranked Division I programs and eighth out of the 12 Conference USA teams, according to Rivals. The rankings get slightly better, according to Scout, ranking 86 nationally and fourth in the conference.

Of the total signing class, six join the defensive line, five to the offensive line (one grayshirt signee), four to the receiving core, three defensive backs, two linebackers and a running back.

When looking at who from the list of signatures could come in and make an immediate impact, Brohm believes UAB transfer Jontavious Morris and JUCO products Omarius Bryant and Sidney Hammond could contribute right away because of their experience at the college level and physical maturity.

“We feel like we have a very successful group of young men that we feel good about, that we’re very comfortable with, and guys we know very well,” Brohm said.

Brohm has left the program in the position to “make moves,” leaving two scholarship slots open in the event of an opportunity presenting itself.

“We do have a few slots that we have left open on purpose so that if anything between now and the end of the spring semester break opens, we are able to make moves,” Brohm said. “That was important to us as well — we definitely did that on purpose.”