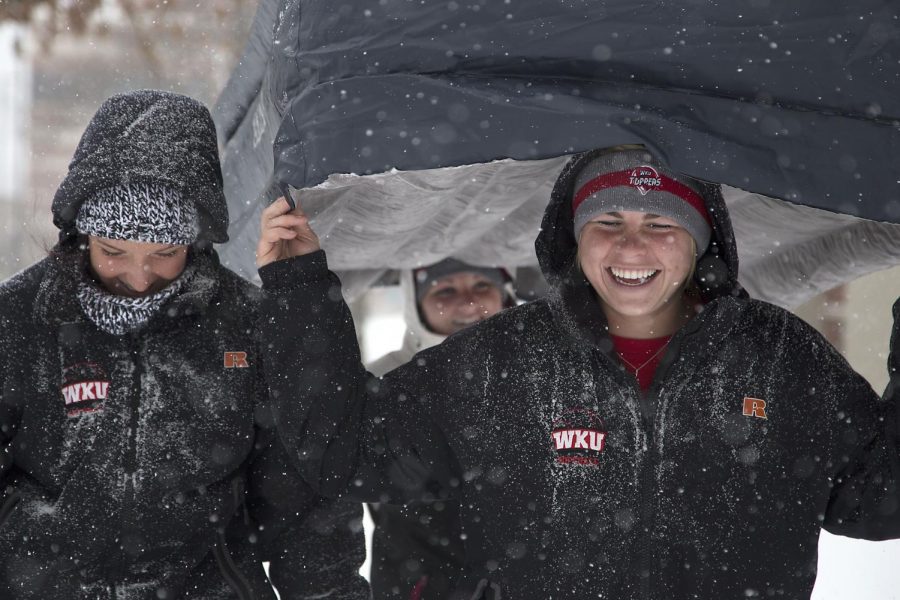 Freshman Carleigh Chaumont (right) laughs while carrying an inflatable mattress up Normal street with freshman Kayla Baker (left) and Sumer Norfleet, Monday, Feb. 16. Chaumont, of Louisiana, said she has seen this much snow before, in Colorado, but has never woken up to play in it. The three students were looking for a place to use the mattress to go sledding, after the campus closed for a snow day. Alyssa Pointer/HERALD

Update: All WKU campuses will be closed again Tuesday, Feb. 17 because of winter weather.

All WKU campuses will be closed Monday, Feb. 16 in anticipation of a winter storm, according to an email from Bob Skipper, director of Media Relations.

Essential personnel should report as scheduled and the Fresh Food Company at Downing Student Union will operate on its regular schedule.

Bowling Green is predicted to get 8 to 11 inches of snow starting early Morning monday and ending late Monday night, according to the National Weather Service.

View a gallery of snow pictures