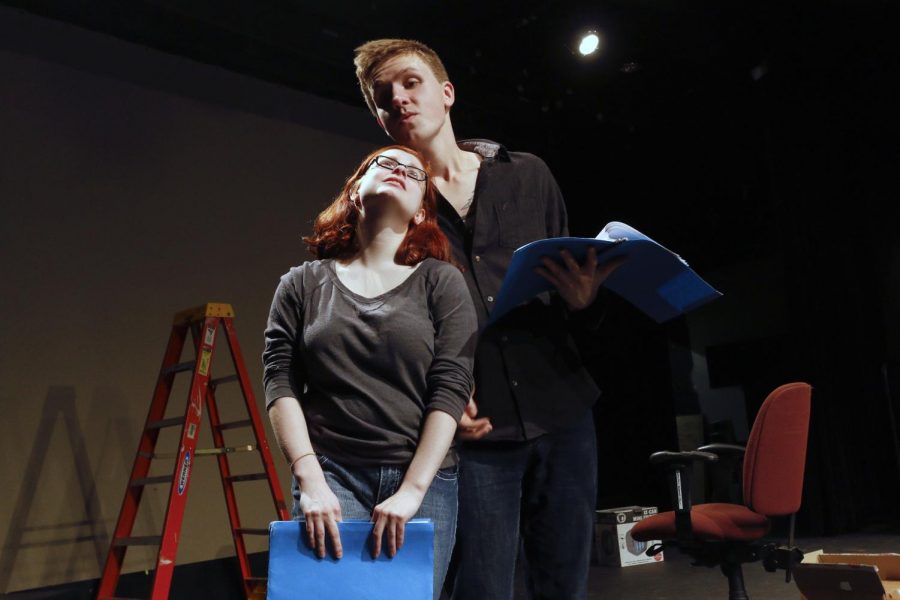 Although the spring 2015 semester has barely started, WKU’s Department of Theatre & Dance is rehearsing for its biggest productions.

An upcoming play is already “hitting the ground running,” according to Louisville senior Samya Monem.

Monem serves as the assistant director for “The Hatmaker’s Wife,” a fairly new play written by Lauren Yee. The story focuses on two couples – one a young pair who recently moved in together, and the other an immigrant couple with a hatmaker husband who treasures his craft perhaps more than his own wife.

Beginning with only a read-through before the winter break, the cast and crew have five weeks to prepare before the show premieres at the Gordon Wilson Lab Theatre on Feb. 26.

Although often comedic in nature, the play encompasses many “whimsical” and “magical” elements, according to director and instructor of theater, Carol Jordan.

This statement is highlighted by the fact that the young woman only learns of the old couple because the wall starts speaking and reveals their story.

The production features only seven characters, and many of those roles were filled by fresh actors.

“We actually have three freshmen in the major roles,” Monem said. “It’s a young cast, but they’re really impressive.”

Jordan said the design team will be made entirely of students as well, an unusual occurrence for a main stage performance.

“I hope that (the audience) will really enjoy it,” Jordan said. “I hope they will find it funny, and I also hope they’ll find it moving, because I think it is a play that manages to be hilarious but also really powerful in the end.”

The department is also producing “The Marriage of Figaro,” a Mozart opera about marriage, deceit and convoluted plots.

Wayne Pope serves as the musical director and orchestra conductor for the production.

The comedic opera serves as social commentary of the era.

“It’s a great learning process,” he said. “We always love our product and just the opportunity to do great music, and it’s a great performing opportunity. We do everything just like it’s a professional organization.”

Casting for “Figaro” took place in October, but Pope said work began as early as April 2014. Students cast in the production were expected to practice individually over winter break.