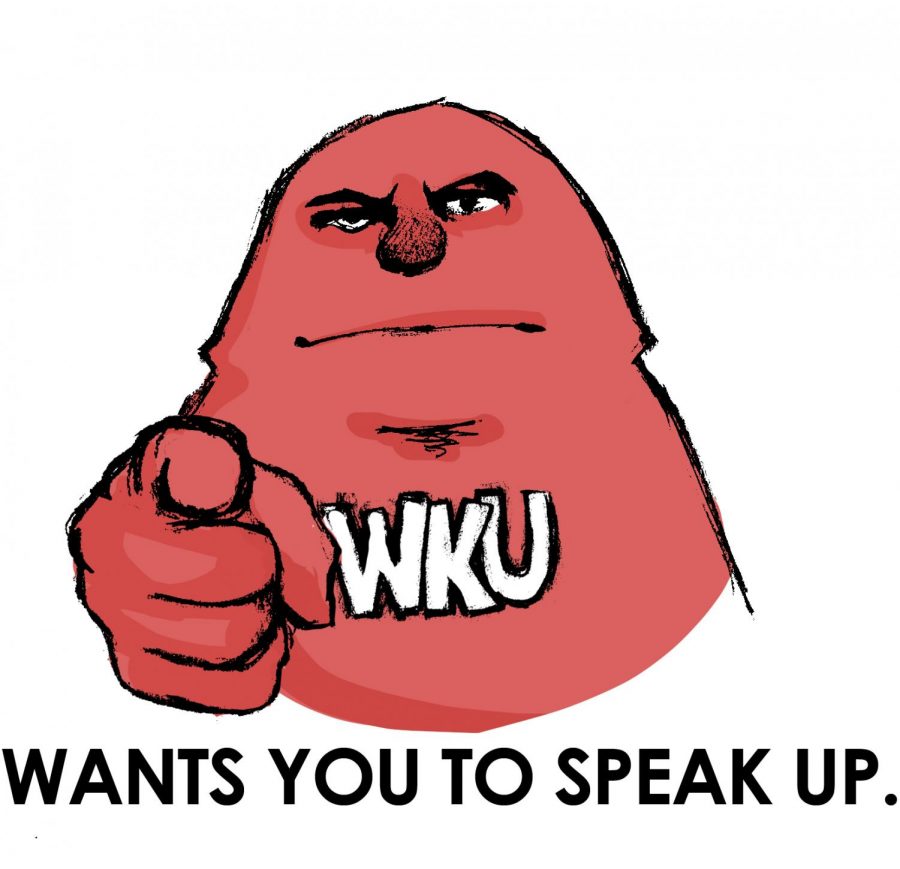 THE ISSUE: With a seemingly unending amount of issues that plague the student body (parking, tuition hikes and constant construction among the top complaints), a surprising amount of students remain inactive when it comes to demanding a change.

OUR STANCE: Students should recognize the strength in the voice of the small collective and work together to make change.

Last semester, a campus-wide uproar raged when it became apparent that parking would, once again, be an unnecessary yet consistent problem in the WKU experience. Accurately dubbed the “worst opening in memory,” Parking and Transportation Services swiftly responded with a free upgrade to Alumni Square Garage parking after angry tweets, calls and emails flooded their office. The incident is one of few to provoke such a reaction from the student community. In recent years, voices with contrary opinions to administrative decisions  remained relatively quiet.

While it’s not surprising that good parking is a cause students consider worth fighting for, it’s curious that a 4.8 percent tuition hike in one year (and how much in ten years) didn’t elicit the same response or really any response at all.  Even President Ransdell’s slightly ludicrous salary is only apathetically received.

With 55.73 percent of students failing to complete their degree and graduate, it could be argued that WKU can’t find an outfit that makes it look sexy enough to keep the numbers up. Based on lack of participation in the last Student Government Association elections, it seems that students have decided to give up rather than challenge issues that affect them.

It’s not as if the student (and even faculty) community haven’t banded together before to make a stand. Gathering together and holding signs, the advocates for better campus accessibility  protested outside Ransdell’s office in Spring 2008. Three years later in Fall 2011, a small group of “plank supporters” were responsible for the lift on the trend of planking on campus. In Spring 2012, many students voiced concerns when it appeared as if the university was monitoring student social media, as well as a controversy that unfolded concerning a plethora of condoms being placed at a Hilltoppers for Life demonstration.

However, the last few years have been full of enraged electronic voices instead of tactful community action. While social media receives enough attention to change minor issues on campus, it’s important for students to use their actual voice as a community seeking constructive change.

It doesn’t take much for a small group to get attention. Tuition and fees make up 48.8 percent of the university budget. All $191.2 million comes from us, the students.

At $4,570 per semester and a full 12 hour schedule, Jane will end up paying roughly $9,140 per school year. Assuming Jane attends WKU over the course of a full four year term, she will pay a total of $36,560 in tuition and fees upon graduation.

Should Jane and only 40 others decide to leave the university because of any reason, the loss incurred would be more than million dollar blow to the budget.

To put it into perspective, it would only take one floor of students from nearly any residence hall on campus  to wipe out the entire $1.4 million budget of WKU’s Doctor of Physical Therapy program.

With the lack of participation in the more political side of the community, the Herald fears that students have lost faith in how much their vocal and financial contributions matter. Students should be aware that their voice is a tool, and that tool is a checkbook.