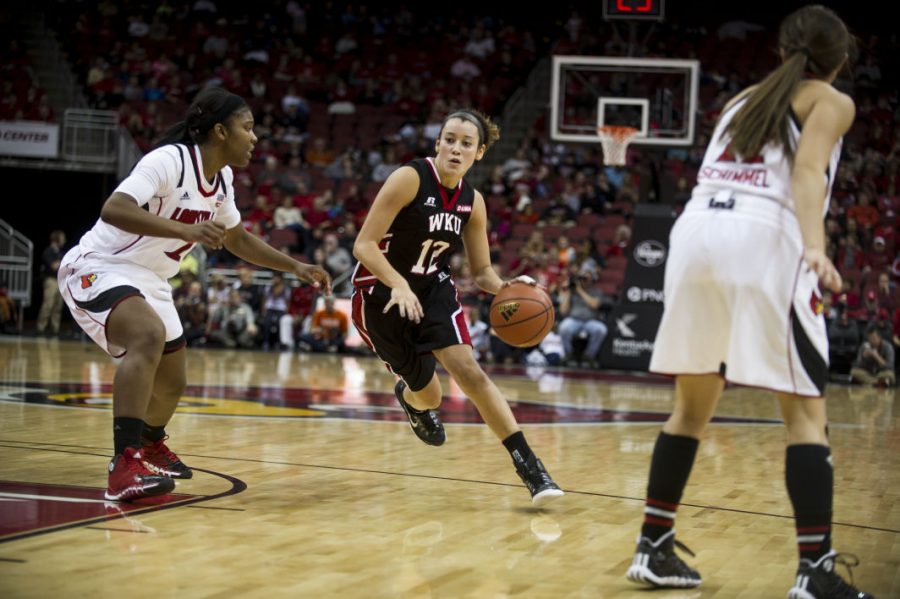 The Lady Topper’s dished out another commanding 81-42 home win over FIU to remain unbeaten in C-USA play at 5-0.

Led by redshirt sophomore Kendall Noble with a double-double effort of 17 points, 10 rebounds, 5 assists and 5 steals, the Lady Toppers now improve to 16-2 overall and still have not lost in Diddle Arena in eight home games.

“I think it is great,” Head Coach Michelle Clark-Heard said of the win.  “The thing I am most excited about is we are getting better and better every day and that is the most important thing. I felt like our defense was better today.  We were able to work on a different press and do some things—certain people really showed up today.  Kendall Noble was great up front on the press; she got five assists and five steals from it.”

The first half saw nine Lady Toppers in action, with seven of them registering points. WKU started the game out on a 13-0 run over the first 5:05 of the game.  FIU would break the lengthy scoring drought and cut WKU’s lead to just seven at 15-8 with 13 minutes to play.  This is the lowest lead the Lady Toppers would hold the rest of the game, holding an 18-point edge over the Panthers at halftime 41-23.

“Coach told us our energy wasn’t where it needed to be at halftime,” Noble said. “She tells us at every media timeout if our energy is where it needs to be.  That was our focus in the second half.”

Kendall Noble exploded in the second half, scoring eight of the Lady Toppers first 10 points.

Four more Lady Toppers ended the game with double-digit points.  Freshman Tashia Brown and Senior Chastity Gooch each notched 12 points while junior Micah Jones was right behind them with 11.  Alexis Govan ended the contest with her 10 first-half points, but added two rebounds, two assist and one block in the second half.

“What we talked about in the locker room before we came out for the game was how unselfish we are as a team, how successful we have been playing that way, and how we need to continue to play that way.” Clark-Heard said.

All Lady Toppers saw minutes by the end of the game, with nine players of WKU’s 12-player roster notching points.

“A lot of people saw minutes today,” Clark-Heard said. “I think that is definitely going to pay off for us in the long run.”

WKU is back on the road next week for two more C-USA clashes, first against UTEP on January 22 and the second against UTSA on the January 24.