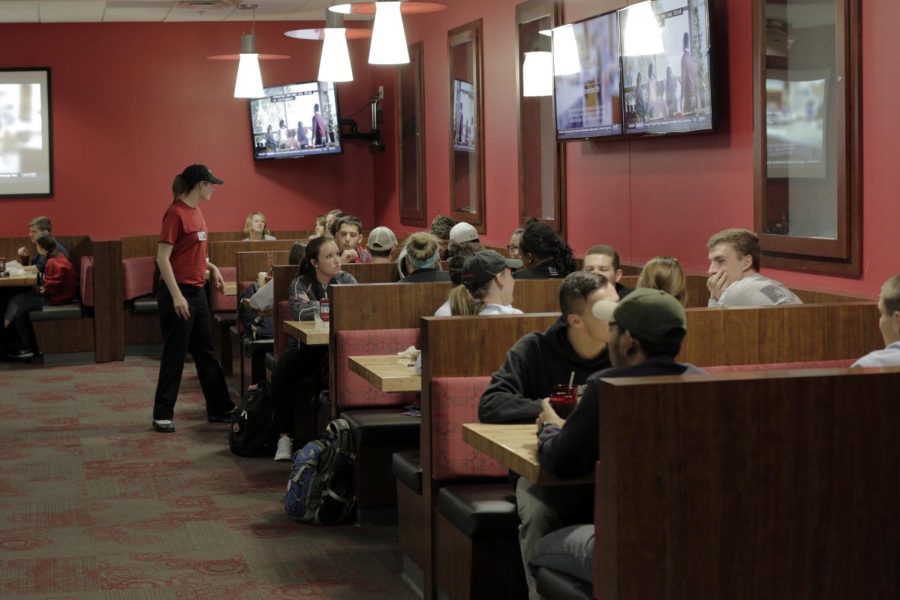 The Student Government Association will vote on a resolution Tuesday in its last meeting of the year that would support on-campus restaurants adding a new type of item to their menus.

Resolution 13-14-F, Resolution to Support amending the University’s Alcohol Policy and Student Code of Conduct, will support amending WKU’s alcohol policy and the code of conduct to include allowing students age 21 or older to purchase and possess alcohol on-campus.

The current alcohol policy states that it is against the Student Code of Conduct for students to drive under the influence, to be publicly intoxicated, to consume alcohol while underage, to possess alcohol in on-campus housing, to use rapid consumption devices, such as kegs, or participate in drinking games, such as beer pong.

SGA President Nicki Taylor said the resolution still supports the prohibition of alcohol in dorms and other on-campus housing.

“It will still keep residence halls dry so to speak,” Taylor said. “Residence halls still would not be allowed to have alcohol in them, even if it is an upperclassmen dorm.”

Taylor said the resolution intends to support amending the sale of alcohol on campus. Alcohol wouldn’t be permitted to be sold in the on-campus convenience stores. The resolution supports selling alcohol in on-campus restaurants, such as RedZone, she said.

“We’re leaving the specific restaurants up to Aramark officials and other members of the Administrative Council to determine where it would be best to have alcohol,” Taylor said.

Taylor said the university has a moist campus because it allows the sale and consumption of alcohol during specific events, such as tailgating and athletic events.

Resolution author and SGA senator William Berry said the resolution supports the sale of alcohol on a per drink, day-to-day basis, instead of just certain events.

Taylor said the resolution supports the sale of alcohol provided by Aramark, so that the sales can be monitored and not served to minors. Taylor said the policy change could include allowing student organizations to provide or sell alcohol at certain events, under the conditions that Aramark caters the alcohol, and the event is not state funded.

The resolution was kept broad so that the details could be worked out among the WKU administration, if the policy change is considered, Taylor said.

Berry said the resolution supports a policy change that could benefit the university, such as protecting students and providing a safer campus.

“A campus that doesn’t allow alcohol is only going to push partying to places farther away from campus,” Berry said.  “This means more wild and completely unsupervised house partying for that college or university’s students. Rather than being on campus with campus security, police and hospitals nearby, parties will now be further away from all this help and also out of walking distance of home for the majority of the partygoers.”

Taylor said she plans to support the decision of the senate, whatever it may be. She said she thinks the resolution will generate debate, but said the outcome is unpredictable.

Berry said he expects the resolution to pass in senate.

“I am well prepared to show that this resolution would better the university as a whole in many aspects and would have little to no negative impacts,” Berry said.

Berry said alcohol bans are usually ineffective, and it’s better to monitor use on campus.

“Alcohol is a part of college social life. It is better to control it than act as if it isn’t happening,” Berry said.