Lady Tops to face Colorado in second round of Preseason WNIT 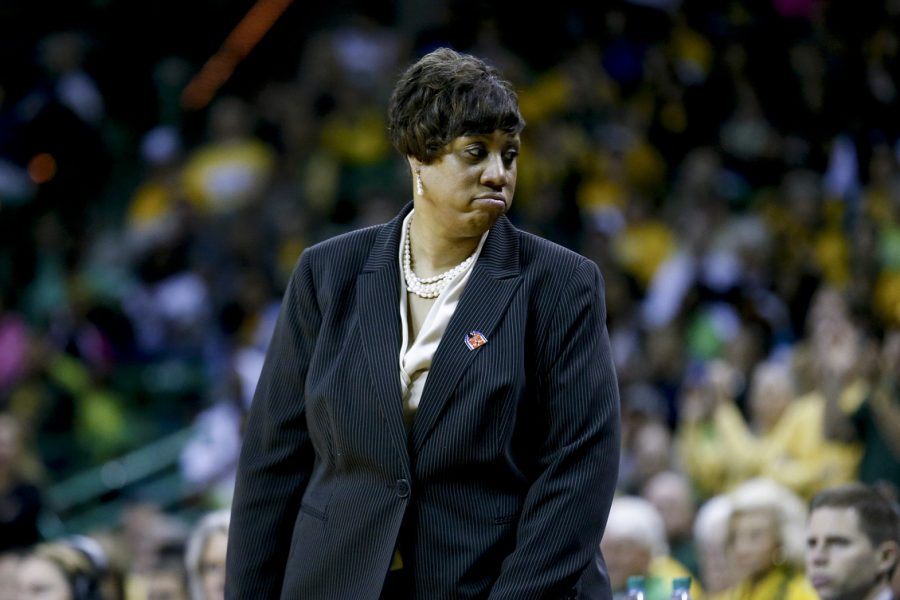 WKU head coach Michelle Clark-Heard reacts after freshman forward Bria Gaines commits a foul during the first round of the 2014 NCAA Divison I Women's Basketball Championship at the Ferrell Center in Waco, Texas on Saturday March 22, 2014. (Jeff Brown/HERALD)

Following their 93-57 rout of Central Arkansas in the first round of the Preseason WNIT, the Lady Toppers will face Colorado in the second round tonight at 8 p.m. in Boulder, Colorado.

The winner will advance to meet Albany in the semifinals on Thursday.

WKU (1-0) forced 22 turnovers en route to a 93-57 victory over the Sugar Bears in the first round of the Preseason WNIT on Friday night in Diddle Arena.

The Lady Toppers assisted on 21 of their 37 made baskets and shot 50 percent from the field.

WKU is seeking the program’s second appearance in the Preseason WNIT semifinals with a win against Colorado. WKU is 1-2 in quarterfinal games, having lost in 2003 and 2007 while earning a berth in the semifinals in 1997 with a win over New Mexico.

The contest marks the second all-time meeting between the teams, as Colorado won a 71-68 overtime decision during the 1991-92 season.

The game can be viewed live on Colorado’s website here.