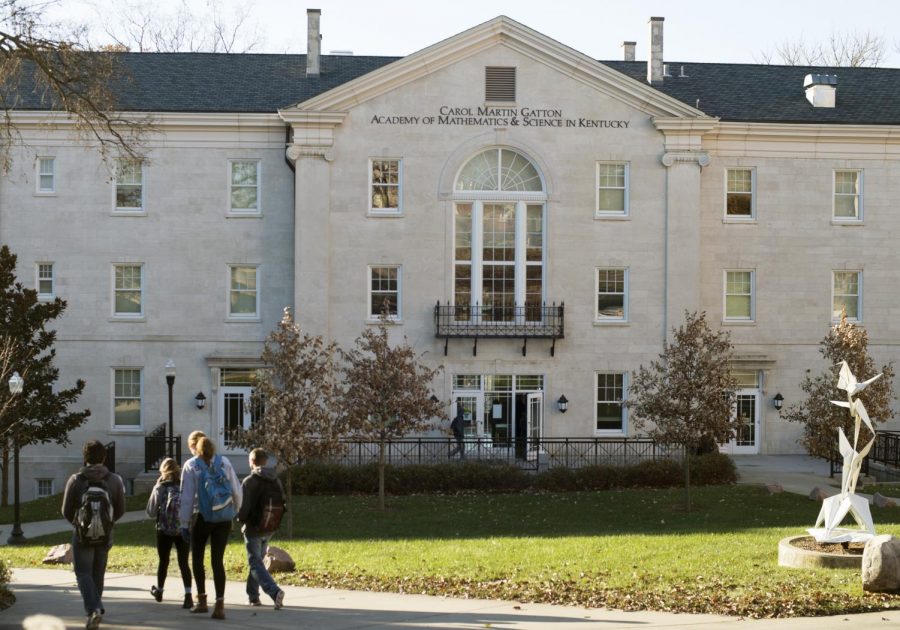 During the summer of 2015, Florence Schneider Hall will undergo expansion, which will push Gatton Academy students into Bates-Runner Hall. William Kolb/HERALD

The news of the renovation of Florence Schneider Hall, which houses Gatton Academy, has sparked a campus reaction and while some of that has been good, some people weren’t happy.

Beginning in the summer, Florence Schneider will undergo an expansion, which will move Gatton students to Bates-Runner Hall, causing Bates residents to move to Gilbert Hall.

The decision to move upperclassmen Honors students out of Bates and into Gilbert Hall next year was made because of the close proximity of the two residence halls.

Student Government Association senator Cole McDowell authored a resolution in response to the move and the placement of Bates residents in Gilbert Hall.

“The resolution is definitely in response to the displacement of students from Gilbert Hall and Bates-Runner Hall,” McDowell said. “I’m not trying to hide that, but the resolution isn’t a judgment on the decision. I’m not trying to oppose the decision that was made. What I am saying is that in the future, let’s set a precedent of discussing these matters with the Student Government Association and the administration at Western so that we can foster a more productive relationship in the future.”

McDowell said he wanted the students to be consulted regarding the residence hall move.

“I think students were very upset about this issue,” McDowell said. “They said that their voice wasn’t represented.”

McDowell said SGA couldn’t try to represent the student body in the matter because they didn’t know.

“We want to have a good relationship with the administration,” McDowell said. “Hopefully, this resolution will do just that.”

Gatton Academy senior Julia Gensheimer said the Gatton students knew they were going to have to move, it was just a matter of location.

“I guess we were kind of just waiting on where we were going to go because then that would determine where the guys and the girls are going to live, where the offices are going to be,” Gensheimer said.

Gensheimer said the move will be an adjustment, but Bates Hall is a good fit.

“Although, we realize it’s hard for the Honors students, I guess Bates is a nice choice for us just because it’s only a few ways down,” she said. “I feel like out of the decisions they had to make, it was a tough one, but we kind of have to do what we have to do.”

Beth Hawke, assistant director for Residential Life at Gatton Academy, said from a Housing and Residence Life standpoint, the decision made sense.

“It makes more sense because it is a similar size building to accommodate us and we’re very grateful that they have been able to accommodate,” Hawke said. “This was a decision that ultimately was a university decision.”

Hawke said the Gatton Academy building will be vacant for the 15 months of construction. She said the staff will have to find new common areas for student activities.

“It’s the people that make Gatton Academy what it is,” Hawke said. “We’re already exploring options just because we won’t have all of the spaces, common areas in Bates like we do here. We’re looking for options for alternative uses of other spaces on campus.”

Hawke said Gatton Academy will gain four residential rooms on all floors leading to a gain of 16 residents per floor after the renovation. She said a multipurpose room will be added and the office spaces will be reconfigured.

Hawke said with every renovation project, there are some net gains and net losses, but the move is temporary.