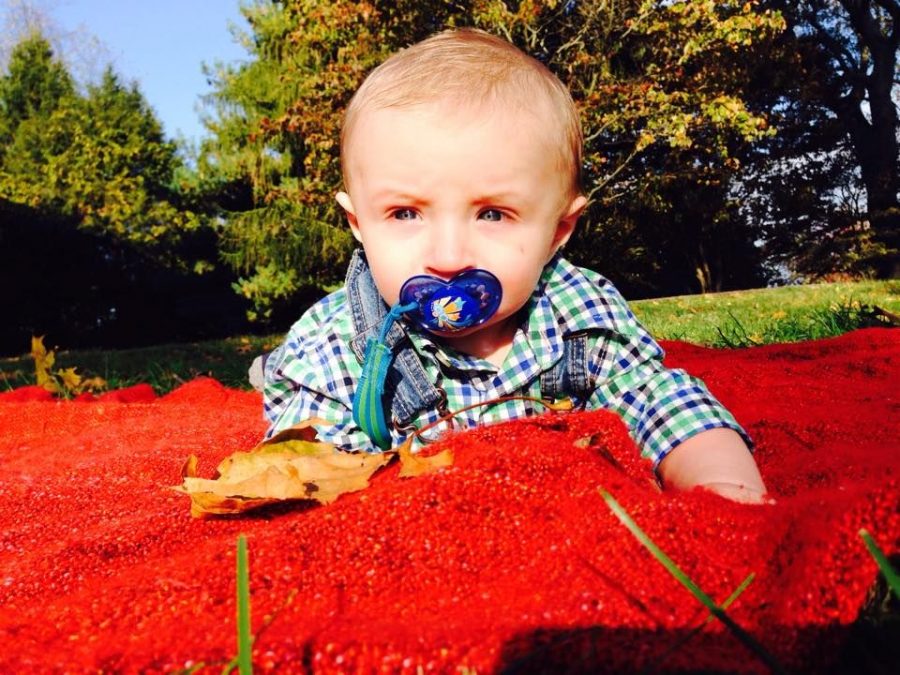 Finn Klingel, the son of Tommy and Paige Klingel, passed away of SIDS at 7-months-old. Kappa Sigma fraternity is planning a T-shirt fundraiser to help off set costs for Finn's parents.

Nov. 3 was a difficult day for all who knew and adored Finn Klingel, the 7-month-old son of Tommy and Paige Klingel from St. Pete Beach, Florida. That was the morning they found their son had died of SIDS (Sudden Infant Death Syndrome) associated with soft bedding. Sophie Harrison, a Lexington freshman and student at Eastern Kentucky University who is a cousin to Paige and her son, treated him like a nephew.

“He was so happy. He would hardly ever cry…” she said. “…He would wrap his arms around your neck like you were slow dancing kind of, and that’s how he would sleep, until you laid him down.”

According to KidsHealth.org, SIDS “claims the lives of about 2,500 (infants) each year in the United States” and “remains unpredictable despite years of research.” It usually has to do with the baby passing away with no suffering during his or her sleep.

The family chose to cremate Finn.

Tommy is in the Navy and having Finn cremated will make it easier for the couple to take him with them if and when they get relocated, but the disinterment fee rings up at $3,500.

When Robert Crotty, a Louisville junior at WKU and a friend of Harrison’s, heard about the family’s situation, he devised a way to help out through his fraternity, Kappa Sigma.

“I didn’t want to make it seem like I was intruding on like the family’s privacy…But (Harrison) talked to her cousin and she was interested, and she wanted to do it,” Crotty said. “I took it to my (Kappa Sigma) brothers at the chapter meeting and asked if it would be all right if I made a shirt and they were all for it.”

With the help of College Graffiti, a local custom t-shirt maker and seller of Greek apparel, Crotty was able to order shirts at approximately $10 each, as opposed to the normal $12 to $15. The t-shirts memorializing Finn are priced at $20 apiece, with half of the proceeds going toward the family.

T-shirt orders and payments can be taken in until Dec. 5. A Kappa Sigma insignia is on the front pocket, with the words “We stand for those who can’t stand alone” and “Remember Finn” on the back.

When Harrison heard about Crotty’s idea, she and her family felt incredibly grateful.

“We don’t expect anything from anybody so the donations that people were giving us in general, we’re so thankful for,” she said. “But it’s so awesome to have a friend that just cares so much. Like we didn’t have to mention this or give the idea out or anything, he just came up with the idea on his own and asked if he could do it.”

Out of the whole family, Crotty only knows Harrison, who said that “(Paige) said she can’t wrap her mind around the fact that someone would do that for her when she never met them.”

The funds from the t-shirt sales are hoping to offset at least some of the costs, so that the couple doesn’t “have to worry last minute trying to scramble and get the money,” Harrison said.

Finn’s urn sits with things like his favorite WKU blanket, toys and photographs of his family in a glass-covered bookshelf-like spot in a mausoleum.