Digs on the River offer goods for your digs 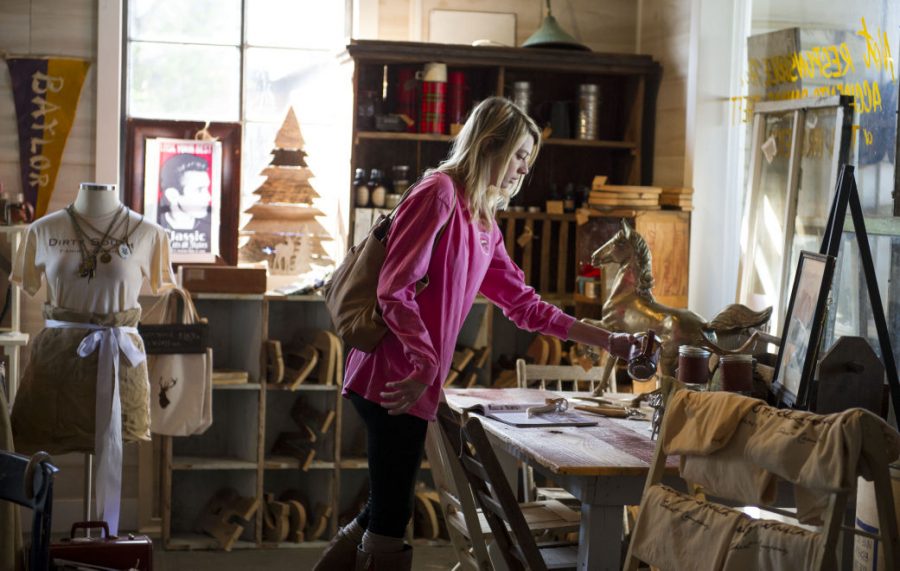 Lindsey Saling, of Bowling Green, browses the selection of home decor at Digs on the River on Friday. The store, located on Old Louisville Road, is currently adorned with Christmas-themed decor. Nick Wagner/HERALD

When referring to one’s place of residence, many would typically call it their home, dorm, apartment or perhaps living quarters. There is one Bowling Green business, however, that has been settling into their digs on the Barren River for almost a year now.

Digs on the River, located at 2010 Old Louisville Road, opened Dec. 5, 2013. The store is co-owned by Littia Wimpee and Joy Beth Hanks. Wimpee said that she and Hanks thought heavily about opening a store together for 10 years, though their friendship goes all the way back to 1991. When the two first met, they both found that they shared a similar taste in goods and decor, a taste that would later incorporate itself into the store.

The pair is also connected with more than just a shared sense of style. Wimpee recounted stories of shared vacations, adventures as neighbors and having their children go to school together since their first days of school.

Wimpee and Hanks often made promises to one another that they would start their business once their children were older, but the vacated building that Hanks’ husband owned changed their minds from waiting to diving right in. Wimpee believes that Digs on the River’s building was formerly a gas station before being transformed into the home goods store.

“It’s an old, repurposed building, which fits us,” she said.

Many of the items for sale in the store are repurposed as well. Wimpee said that when they do buy new goods, they always make sure it has southern roots.

“We try to find southern people, southern artisans, to feature the South,” she said.

The store’s southern products range from Hot Damn Jelly from Alabama, Poppy and Clover soaps and candles from Dalton, Dirty South shirts from a designer in Alabama and Loyal Stricklin coffee mugs also from Alabama.

“We hope to keep adding more (southern goods). Whatever works well, we will continue to sell,” Hanks said.

Most of the other items in the store are items people find or build and then sell to the store. Wimpee said that they have established good relationships with antique “pickers” in the area, and in distant areas as well.

Pickers make a living, or find a hobby, in searching places across the country for rare antique goods. She said that these pickers will often call the store in hopes of selling what they have found to the store for profit.

One staple icon customers can find in the store, a large moose head, was bought from a picker and has been mounted in a place of honor on the wall near the cash register. Wimpee said that the moose, named Sam, got his name after the picker it was purchased from.

Sam the Moose helps tie together the unique nature of the store, and also highlights one of the store’s concerns. Wimpee said that the biggest challenge for their business is keeping it stocked with the unique items. The two women carefully consider new pieces and goods to add to their collection.

“It’s such a cliché, if I wouldn’t have it in my house then I wouldn’t put it in yours,” Wimpee said.

Wimpee speculated on how many of the items students come to college with are hand-me-downs, but that they could make hand-me-downs cool and make it work. She also encouraged students not to buy new but go to estate sales, yard sales or go junking and see what works.

“It’s not necessary, whatsoever, to spend a lot of money to have a cool style,” Wimpee said.