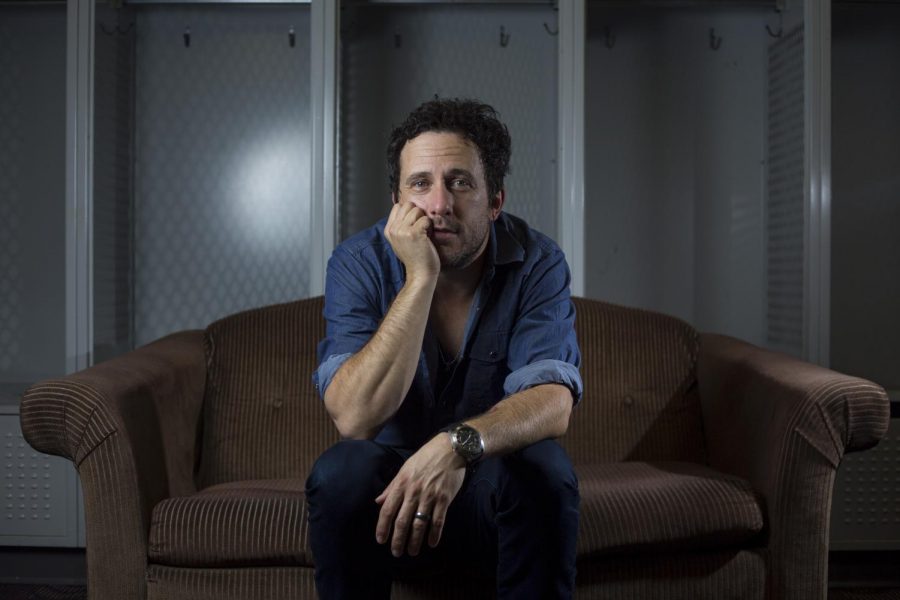 Although Will Hoge’s way of making it big in country music involved quitting school and starving “until you make a living,” he doesn’t recommend that path.

“I wouldn’t suggest that to my children, so I don’t think I would suggest that to others,” he said. “My only thing would be to chase the dream as hard as you can, but also be realistic about what you have to do to survive.”

The Nashville-raised country artist attended WKU in the early ‘90s, only to be dismissed due to a low GPA.

“I wasn’t cut out for college,” he said.

Hoge headed back to Nashville after leaving WKU to start his music career, which began with waiting tables while playing music and writing songs.

After several album releases and an almost life-threatening scooter accident in 2008, Hoge found success in a song he co-wrote called “Even If It Breaks Your Heart.” Released originally on Hoge’s  sixth album, “The Wreckage,” the song didn’t capture America’s attention until the Eli Young Band made the song their own and brought it to No. 1 on the country charts.

“I heard for years that I just was one song away from being the star that everyone wanted to be and, when that song got recorded and released everyone told me, ‘This is it; this is the one you need,’” he said. “It just didn’t do anything. No one paid much attention to it, except for the guys in the Eli Young Band who took it and recorded it and then they have a massive number one single with it.”

The song was Hoge and co-writer Eric Paslay’s ticket for ACM, CMA and Grammy award nominations in 2013.

“It was life-changing and totally unexpected,” Hoge said.

The success gave Hoge confidence to continue with his musical career.

“I was always, for years, making records without a home,” he said. “I was too country for rock and too rock for country and never had anywhere that I really fit in. And, when that song did as well as it did… In some ways it’s given me confidence, not so much as a writer, but as feeling like I have somewhere to shoot for. I feel like I have a home in country radio.”

Kilian has toured with Hoge for two years and recorded drums for his upcoming unnamed album, which is expected to be released in February.

“It’s not easy to get on a record in Nashville, and he let me do it,” Kilian said. “The songs are great, so it was a great experience for me.”

This album will be Hoge’s 10th and was inspired by a recent trip to his childhood home, Franklin, Tennessee. He visited after getting sick with pneumonia last spring. Hoge went to stay with his mom. His wife and kids stayed at a hotel while people were viewing their house on the market.

“It was the first time I’d been back there for any real appreciative amount of time in 20 years probably,” he said. “So it stemmed a lot of ideas about how I grew up and where I grew up, the people I grew up with and it led to, I think thematically through the album there’s a hint of that sort of hometown, small town idea, which I’m proud of. I think it makes for a cool record.”

Hoge’s current single, “Middle of America,” is from this album and reflects those realizations.

“It tells the story of my growing up in a small town in Tennessee,” he said in a press release from August. “One thing I’ve realized in all my travels is that it is the same for everyone no matter where they’ve grown up. We all know the same characters, just with different names, and that’s what ‘Middle of America’ is to me.”

Hoge came back to WKU’s campus for the first time in 20 years for the Homecoming concert last week.

“It’s much more collegiate looking,” he said of the campus. “It is a lot prettier than it was when I was here, which is exciting because I find myself taking a little more pride in the fact that I went to school here over the past few years.”