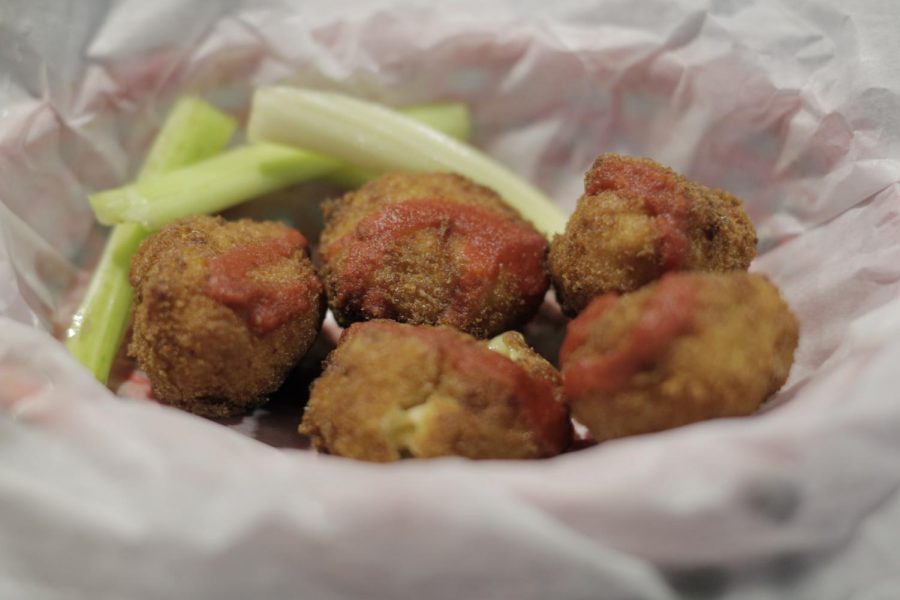 While RedZone embraces the concept of flavorful bar food in its menu, its execution is not up to the task.

WKU’s closest attempt to a full-fledged restaurant straddles the line between a fast casual food joint and a sports bar that is missing the alcohol. The menu reads like a mixture of WKU pride and cheesy sports references.

The fried mac-and-cheese was particularly disappointing. A spicy drizzling of sriracha failed to hide the fact that they were just glorified mozzarella sticks. Calling them mac-and-cheese was misleading. Detecting any sort of cheese in this appetizer was a difficult task.

The brisket and cheddar melt was a greasy concoction. The brisket failed to stand out. Its subdued meatiness was lost in the midst of other ingredients. The slice of cheddar cheese was similarly subtle where it could have made a difference.

The menu makes no mention that the sandwich comes with a fried egg, but it was a welcome surprise. The first bite unveiled a spurt of liquid egg yolk that quickly pooled into a puddle on the plate. Sopping up the sandwich in this sauce made for the most enjoyable bites. Small dabs of slaw often failed to have an impact, but when they did they lent the bites a refreshing and vinegary bitterness.

The end result was quite messy. The butter from the toasted bread will coat your fingers in a greasy sheen. Make sure to bring a napkin.

For all the fat and calories that RedZone seems to bring to the table, its options are surprisingly boring. While the food is not terrible, it needs a sharp punch of flavor.