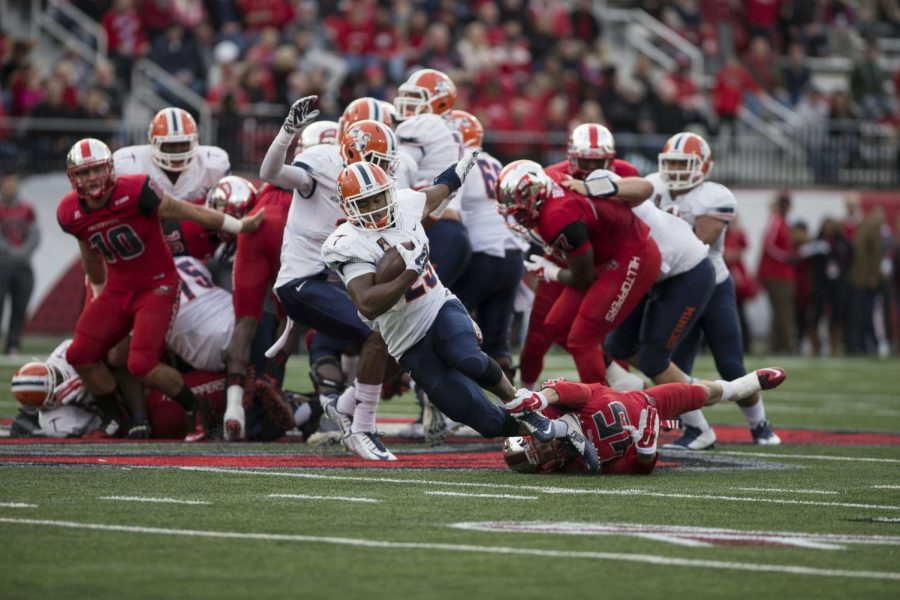 Football is supposed to be fun.

However, Western Kentucky hasn’t had a fun time recently.

Of course, winning is fun, but how you win a game may not always be enjoyable. I’m pretty sure if Head Coach Jeff Brohm had it his way, 66-point games with a defense that allows 40-plus points on average wouldn’t be ideal.

It wasn’t a perfect game by any means, but Saturday night’s 35-27 Homecoming win over UTEP was pretty fun.

Heck, even I enjoyed the game because it didn’t seem like a million-and-a-half touchdowns to keep up with on the stat sheet.

Wonderful Terry’s 90-yard interception return for a touchdown with 12:40 left in the fourth quarter turned that game around and made football fun again for WKU.

A lot has been made of this guy with a cool name who transferred to WKU from Garden City Community College.

You’ve heard it and said it. But really, the guy has a knack for making the game changing play that suddenly makes football fun once again.

Jeff Brohm said he saw that confidence and that swagger come out of his team in the fourth quarter. After UTEP went on a drive that went for 18-plays, 11 minutes and 20 seconds, one would think the defense was done.

And why not? It seemed to be that way in previous games. Then as UTEP is about to put the dagger in the heart, someone makes a ‘Wonderful’ play.

There, I said it.

“I saw them in the fourth quarter playing with confidence, and they had a little swagger to them,” coach Jeff Brohm said. “That’s what you have to do when you play the game of football. You’re going to get hit in the gut at times and get knocked down. But you have to enjoy the journey and work your tail off and find ways to improve and I think we were able to do that.”

I’m not counting the chickens before they hatch here, but – okay I am.

The win moves WKU to four wins, two away from bowl eligibility. Their next two opponents at home are Army and UTSA, both of which are very winnable games.

UTEP was the game that I believed would set the tone for the rest of the season in terms of seeking a bowl bid. After last week’s 59-10 whooping at LA Tech, we all knew that challenge was much tougher.

It was at this point in the season last year when WKU turned the season around and won four-straight to close out the year. I don’t think four-straight wins will happen with Marshall waiting in the finale, but three-straight wins at home wouldn’t be bad for a school desperate to get back in the post season.

“We told our team all week that we’re in the playoffs,” Brohm said. “We’ve got to win to advance.”

The win also marks the first time since 2011 WKU has won on its Homecoming. Add that on top of confidence (or swagger, if you will), and it makes these last three games a bit more enjoyable.