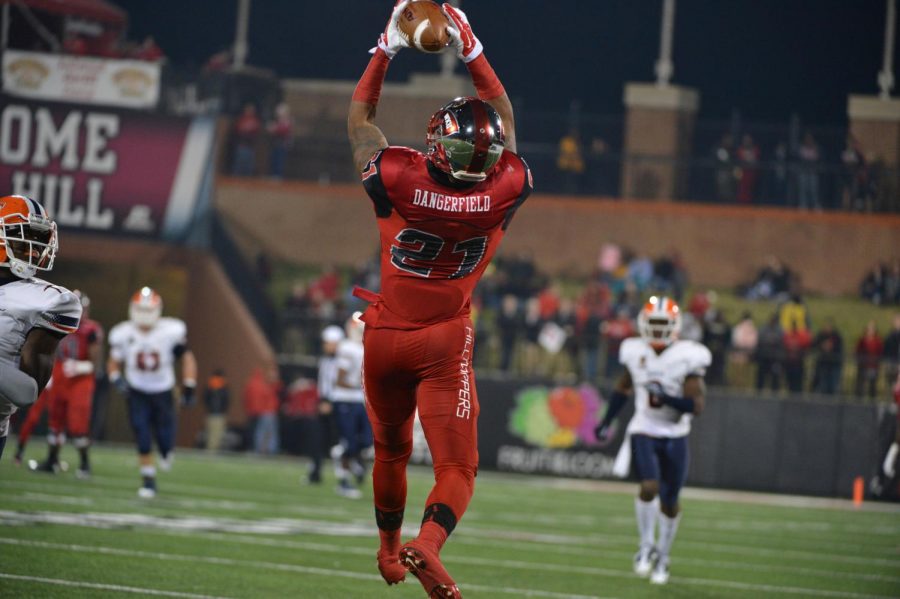 WKU football heads into halftime with a 24-10 lead over the Black Knights of Army on Military Appreciation Day.

The Hilltoppers are out-gaining the Black Knights, 245-148, and they’re averaging 8.2 yards per play compared to 3.6 fro Army.

Redshirt senior quarterback Brandon Doughty has completed 10 of his 17 passes for 135 yards and a touchdown to go along with a 15-yard touchdown run.

Army won the toss and deferred to begin, and after a Hilltopper three-and-out, the Black Knights used three third-down conversions to orchestrate a 12-play, 64-yard drive to open up scoring at 7-0.

The Hilltoppers responded with a 7-play, 68-yard drive led by Doughty, who went four-for-four for 45 yards. Allen capped the drive with a 12-yard touchdown on a sweep up the right side.

A bad punt snap from Army gave WKU generous field position on the ensuing drive at the 19. Three plays later, Doughty took it himself for a 15-yard touchdown run to extend the Hilltopper lead to 14-7. The run marked the longest of Doughty’s career.

With three seconds left in the half, the Hilltoppers took a shot to the end zone that was deflected by an Army defender into the hands of McNeal for a 45-yard touchdown reception, giving WKU a 24-10 lead at the break.

After allowing three successful third-down conversions on the opening Army drive, the Hilltoppers held the Black Knights to one-of-five on third down through the rest of the first half.