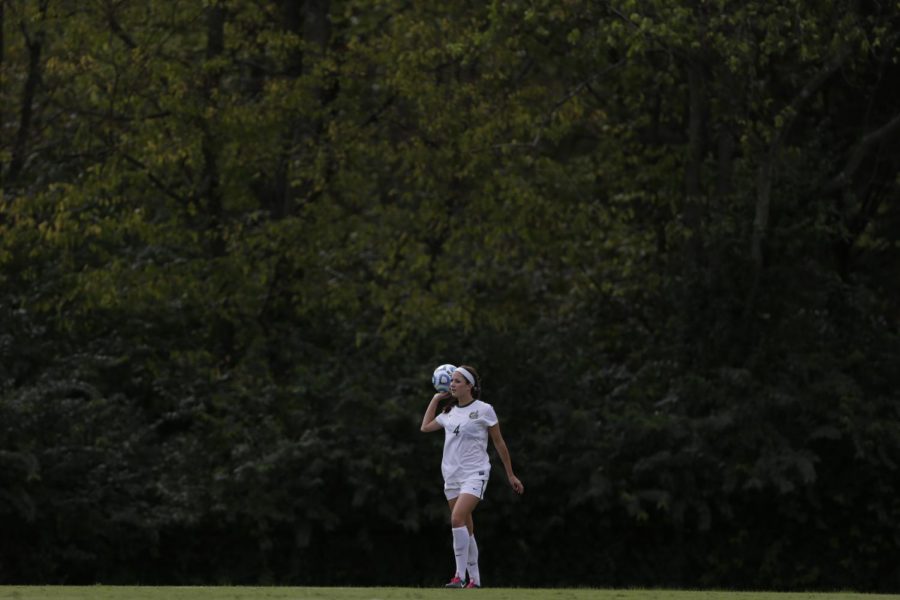 WKU soccer ended its regular season with a 4-0 loss at North Texas on Friday. Despite the defeat, the Lady Toppers clinched a No. 7 seed in the conference tournament and will play No. 2 seed Rice in the quarterfinals on Wednesday at 10 a.m. in Charlotte, North Carolina.

“They have two great forwards who are their best overall players,” Head Coach Jason Neidell said. “We can beat any team we play, but in order to beat Rice we must stay focused for a full 90 minutes, which is something that we have yet to accomplish for a full game this season. If we can put together a full, well-played game we have an opportunity to do great things.”

“North Texas was effective in their game plan,” Neidell said. “They are not the most effective team passing the ball, but they were very successful in fielding a good overall offense.”

WKU limited the Mean Green — one of the league’s most revered offenses — to just one goal in the game’s first 80 minutes. However, the wheels fell off in the last 10 minutes as North Texas scored in the 81st, 84th and 86th minutes to end it at 4-0.

“In those last 10 minutes we had people out of position because we were chasing them since they were already up 1-0,” Neidell said. “As the goals came in, we began to lose more and more focus.”

The Lady Toppers managed seven shots overall in the game with four of those coming on goal. North Texas junior goalkeeper Jackie Kerestine tallied four saves on the day — leading to her Conference USA-best 12th shutout of the season.

Despite allowing a season-high in goals scored, freshman goalkeeper Allison Leone put together a solid first half for the Lady Toppers with five critical saves. Freshman midfielder Hannah Chua also put forth a strong showing on Friday night, particularly at the beginning of the second half in which she reeled off two shots on goal.

“After a sluggish first half we made some adjustments at halftime and really made a good 20-minute run after halftime,” Neidell said.

North Texas proved too strong on offense for the Lady Toppers as they scored three goals in a matter of just six minutes. They also managed to best WKU in shots (18-7) and shots on goal (9-4).