PREVIEW: WKU at No. 19 Marshall 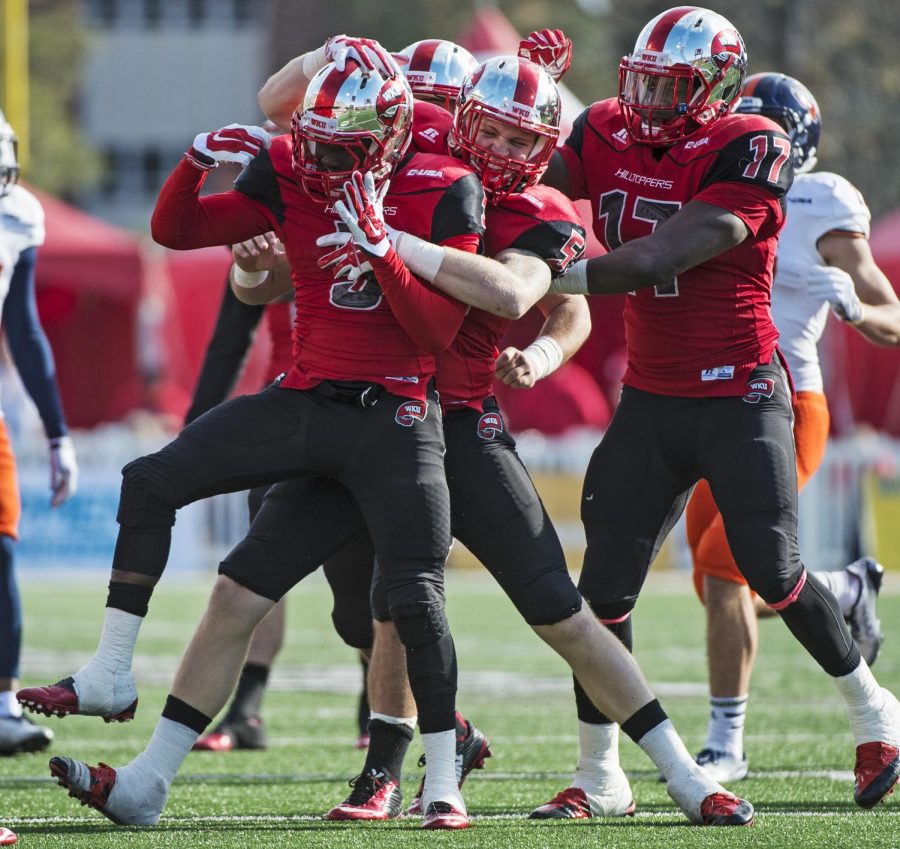 WHAT’S AT STAKE: WKU is seeking its fourth consecutive season with seven or more victories…A WKU win would mark the first win against a ranked FBS program in school history.

KEY MATCHUP: WKU’s defense vs. Marshall’s offense – WKU’s week-by-week improvements on the defense will be put to the test against the nation’s second-ranked offense in Marshall. The Herd, averaging 562.5 yards per contest, face a WKU defense ranked 114th in the country. But the Hilltoppers have improved each week since starting their three-game win streak holding UTEP to 394 yards, 333 against Army and 234 versus UTSA.

Marshall RB Devon Johnson – The junior leads the Herd with 16 touchdowns on 1,573 yards rushing, averaging 157.3 yards per game. Marshall has rushed for 3,171 yards this season, edging towards the single-season rushing record of 3,395 set in 1996.