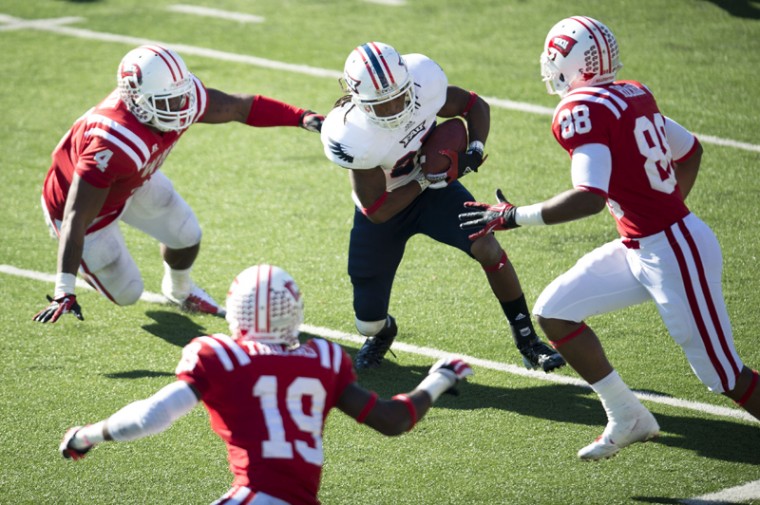 WHAT’S AT STAKE: The Hilltoppers aim to avoid an 0-3 start to conference play for the first time since 2009 with a trip to former Sun Belt Conference foe Florida Atlantic…For the third time this season, WKU will face another first-year coach with Charlie Partridge leading the Owls.

WKU defense vs. FAU offense: WKU’s defense, which has allowed 38 points and just over 516 yards per game, could catch a break this week against a sputtering Owls offense. FAU has only put up 21 points per game with a 37 percent third down conversion percentage. The Owls also only have a 68 percent success rate in the redzone this season.

WKU – RBs Anthony Wales/Leon Allen: Allen left WKU’s 42-29 home loss to UAB with a knee injury and did not return while redshirt sophomore Anthony Wales amassed 138 yards on 14 carries. The two-headed rushing attack has improved each week with 4.8 yards per carry at Navy and 6.6 ypc against UAB. FAU’s defense ranks 108th nationally in stopping the run.

FAU – WR Lucky Whitehead: The 5-foot-10, 163 pound senior ranks 11th in the nation and second in Conference USA in all-purpose yards as a kick returner, receiver and occasional rusher. White leads the team with 36 receptions for 311 yards and two touchdowns on the season and averages 26.6 yards per kick return. Whitehead was named C-USA special teams Player of the Week in FAU’s 50-21 win vs. Tulsa when he had two punt returns for 71 yards

WKU Head Coach Jeff Brohm spent one season at FAU as offensive coordinator and quarterbacks coach in 2009….excluding WKU’s 20-0 win at FAU in 2011, the last four games between the two schools have been decided by a total of 20 points….WKU has 29 players from Florida on its current roster.