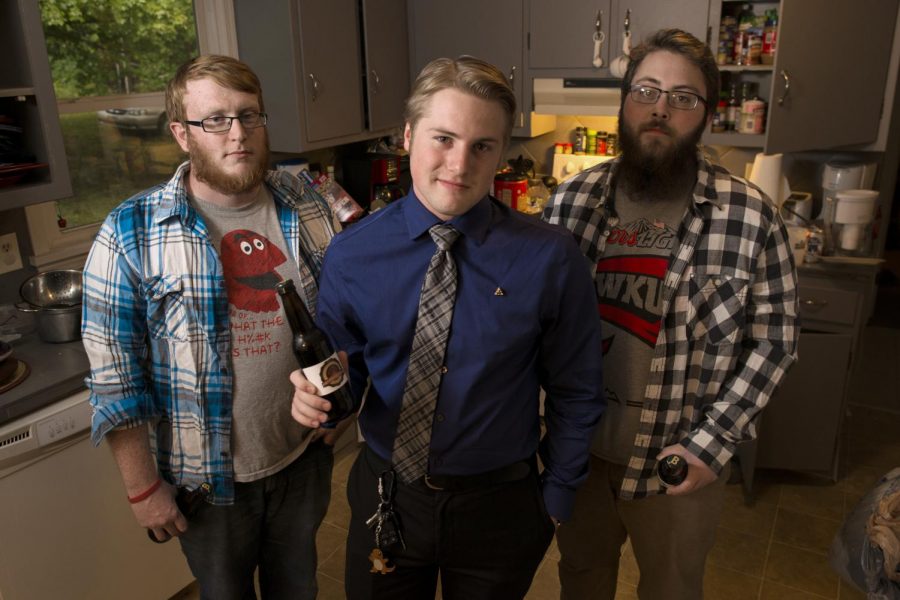 For Marion senior Zach Sizemore, brewing his own beer is not only a hobby, but is a money saver. He and two of his friends, Brownsville senior Kyle Vincent and New Castle graduate Josh Barnett, regularly brew their own beer.

Together, they pitch in their resources and decide what kind of beer they want to brew and split the price.

“We all loved craft beer and wanted to see if it was cheaper to make it ourselves,” Sizemore said via text message. “It’s about the same (price) after the initial investment.”

The brewing process entails many steps. The most important step is making sure to completely clean and sterilize the brewing space. Any bacteria that gets into the mix could ruin the beer.

Another significant stage is commonly referred to as “wort.” During this process, all the grains are crushed and have been sitting in scalding hot water for about an hour to an hour and a half. The mixing of the starches and sugars during the “wort” process create a sweet smelling aroma recognized by many brewers.

The entire process can take up to two months depending on the type of brew, technique and brewing equipment.

Sizemore enjoys brewing and has given away some of his beers for free. Some pay him for the beers, but Sizemore and his friends consider that more of a donation.

The trio finds most of the recipes they use online and go from there.

“There’s a lot of recipes online and we edit recipes to fit our brewing technique and how we want it to taste,” Sizemore said.

Sizemore wishes to continue brewing his own beer once he and his friends graduate, but it depends on how much money and time he will have.

Photojournalism professor Josh Meltzer also brews as a hobby. He started brewing beer about seven years ago, when his father-in-law bought him a starter kit as a birthday present. He’s loved it ever since.

“I had wanted to before and I was always interested in him doing it,” Meltzer said.

Instead of being spoiled to his own beer, Meltzer likes to make brands of beer that he enjoys. He said right now he’s making a brand called Surly.

Meltzer said the process is less strenuous than people think. He said the most difficult thing that goes into it is the  heavy lifting involved when pouring 10 gallons of water out of a very hot pot.

“You can do things while it’s boiling,” Meltzer said. “It’s kind of intense for certain moments and then it’s like, laid back.”