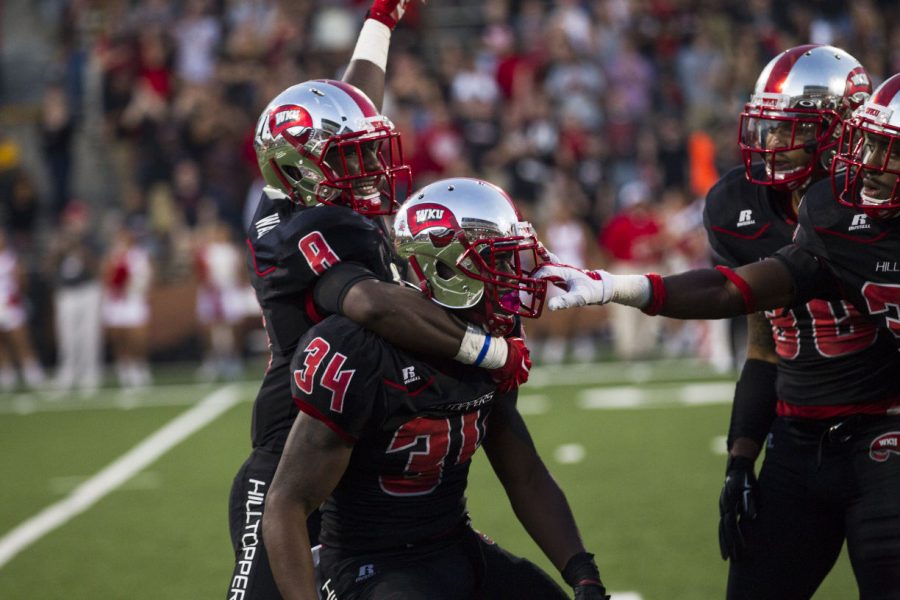 Sophomore linebacker Drew Davis (34) is mobbed by teammates, including sophomore defensive back Marcus Ward (8), after making a huge hit on an Old Dominion kick returner during the second half of WKU’s Oct. 25 game against the Monarchs. Davis had two tackles as the Hilltoppers defeated ODU 66-51. Brandon Carter/HERALD