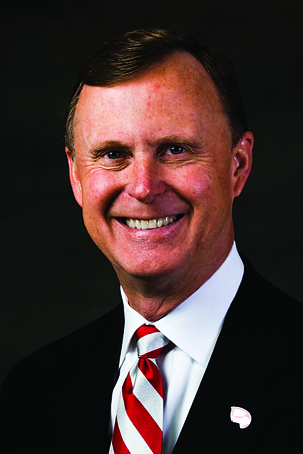 To lessen the impact of recent budget cuts, the resolution called for Ransdell to take a salary reduction.

Ransdell responded to the resolution by giving up his 1 percent salary increase for the rest of his presidency starting this fiscal year.

Ransdell agreed to round up the 1 percent to $5,000 from his base salary to donate to the WKU Foundation annually.

“I’m paid well and I do need to be making significant charitable gifts to this university,” Ransdell said.

The money will be divided and distributed among campus to places such as the undergraduate colleges, the Kentucky Museum and a scholarship fund.

“I’m just giving it back as a charitable gift to the campus,” Ransdell said.

SGA President Nicki Taylor said she is glad Ransdell responded to SGA, as well as the University Senate, who also wrote a resolution regarding Ransdell’s salary.

Taylor said the writer of SGA’s resolution, Mark Reeves, was happy with Ransdell’s decision because the president is sharing the budget burden with students and employees.

“I do think that it was very generous of President Ransdell to help out students,” Taylor said.

This summer, Raymond Burse, the Kentucky State University interim president, gave his salary raise to KSU employees and asked the KSU Board of Regents to cut his pay because of university budget concerns.

Faculty Regent Patricia Minter said Burse has been held up as someone who has a strong sense of solidarity with the faculty, staff and students and she thinks that Ransdell could have donated more.

She said SGA and the University Senate were trying to give Ransdell the opportunity to make a strong moral statement.

“I think that’s a real missed opportunity to create some sense of goodwill and solidarity,” Minter said.