WKU needs to rock the vote 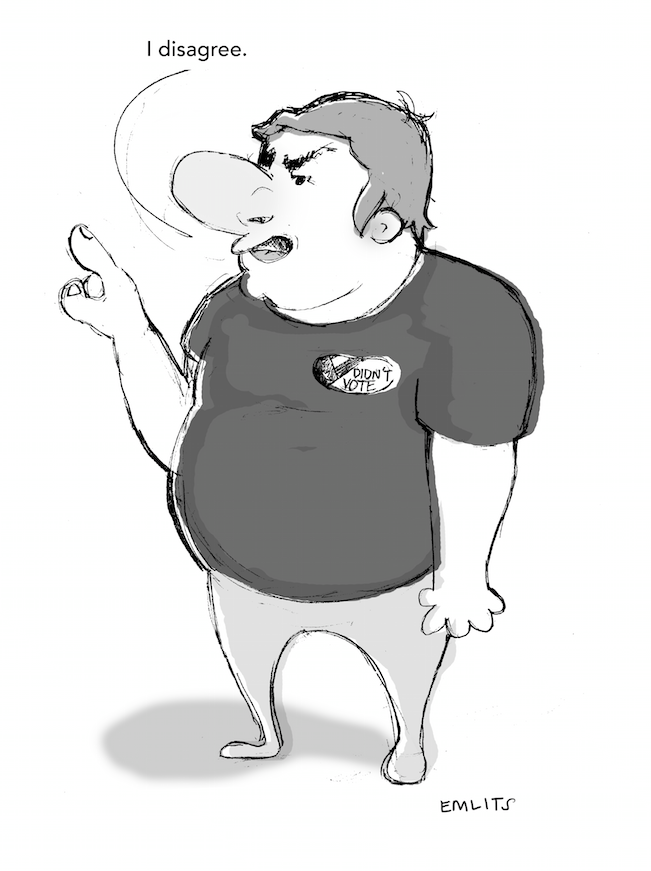 The Issue: Kentucky is about to have one of the biggest senate elections in the country.

TVs are blaring campaign ads day and night. Political stickers have found their way to every surface in the city, and signs are mounted in a yard on every block.

Election season is upon us, and for the first time in years there’s a considerable challenger to Sen. Mitch McConnell, R.

Kentucky is ranked abysmally compared to other states in both finances and education. The U.S. Census Bureau says the Bluegrass state is the fifth poorest in the country. Many of the problems come from local and state legislatures, but plenty of power rests with our senators.  Plus, McConnell’s position as senate minority leader gives Kentucky a considerable amount of political clout on the national scale.

Even locally, this election is a big deal. An Alison Lundergan Grimes win would bring policy change that would affect WKU students. Education spending is a hot topic in the election, as well as tax reform. There is a rather large polarization of issues between the two. A continued McConnell leadership would keep a republican precedent alive in Kentucky. Either way, the outcome is going to have a big impact on Kentucky life.

Voters aged 18 to 24 represented only 12 percent of voters in the last election, according to state statistics.

WKU can help change that.

Voter registration volunteers have stormed campus for weeks. With plenty of students registered, WKU can make a considerable impact on voter statistics and even the election’s outcome.

The key is getting students to actually fill out a ballot. In just a few weeks, around half the state’s population is going to be livid regardless of the winner. If students want the right to be angry, they need to cast a vote and make the college-aged demographic mean something. Otherwise, politically charged Facebook rants are going to look a little silly.

Beyond voter participation, a well-researched decision is just as important. Young people need a say in the future of this state, and the decision needs to be arrived upon using actual logical deduction.

The candidates are fully engaged in their mud-slinging match. It’s easy to get caught up in the shots being fired on both party lines. Just remember, Grimes really doesn’t have anything to do with Obamacare and McConnell can probably find a gun. When you’re picking your representative, it’s best to ignore their ridiculous advertisements.

Don’t vote for a candidate to spite or appease your parents. Don’t make your choice based off the decisions of a friend. Just look at the issues that will affect you, pay attention to the facts and go cast a ballot.