Alumni and donors recognized at DSU 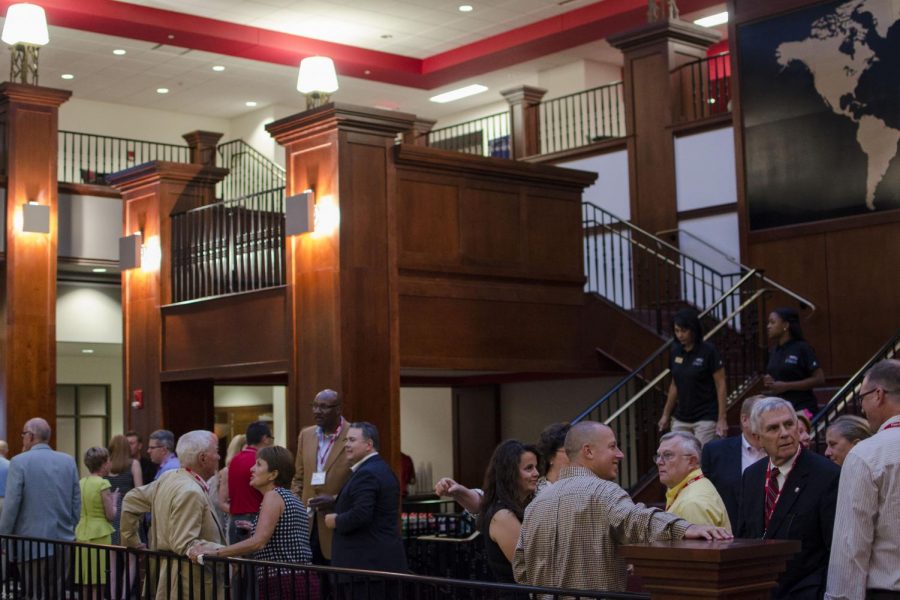 Alumni gathered for food and drink prior to President Gary Ransdell's welcoming speech at Downing Student Union. Catering for the event was provided by on-campus restaurants. Tanner Cole/HERALD

Donors were placed in four price brackets. The more money that a donor gave to the project, the larger the plaque they were given in return.

The TrebelMakers, Redshirts and the Big Red Marching Band all performed at the event. President Gary Ransdell spoke his praise for the nearly completed building. The gala’s “backpack” theme was meant to remind alumni of their years on the Hill.

According to Ransdell’s welcome speech, students paid $36 million of the $55 million cost for DSU.