A funny thing happened after halftime 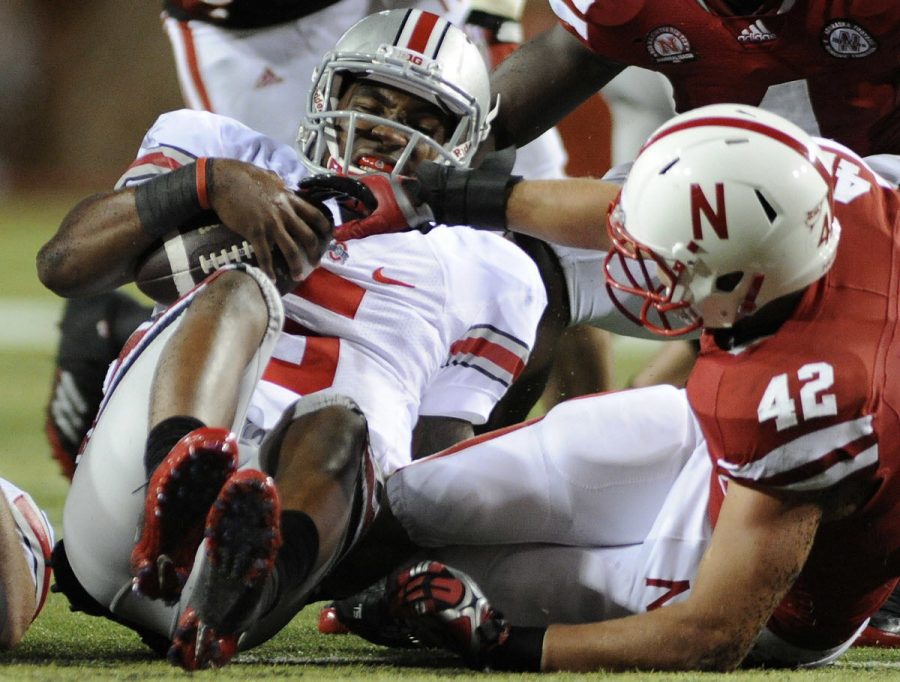 Ohio State quarterback Braxton Miller (5) is injured on a third-quarter tackle by Nebraska linebacker Sean Fisher at Memorial Stadium. Once Miller left the game, the Buckeyes' offense was never the same and NU rallied for a 34-27 victory.

Coming off a 48-17 loss at Wisconsin in their Big Ten debut, the Huskers returned home to a fan base full of angst. And perennial Big Ten power Ohio State coming to town.

Things didn’t look good in the first half against the Buckeyes, who racked up 246 yards and led 20-6. Ohio State expanded its lead to 27-6 midway through the third quarter. That’s when NU linebacker Lavonte David made the play of the game, ripping the ball from OSU quarterback Braxton Miller.

NU went on to score 28 unanswered points for the largest comeback in school history.

Veteran Husker assistant coach Ron Brown said it best: “Because of all the adversity that swirled around in the week and how people were so willing and so quick to chop guys off, and cut guys off. And to see guys fight through it and say, ‘You know what? We’re going to be like a rock.'”