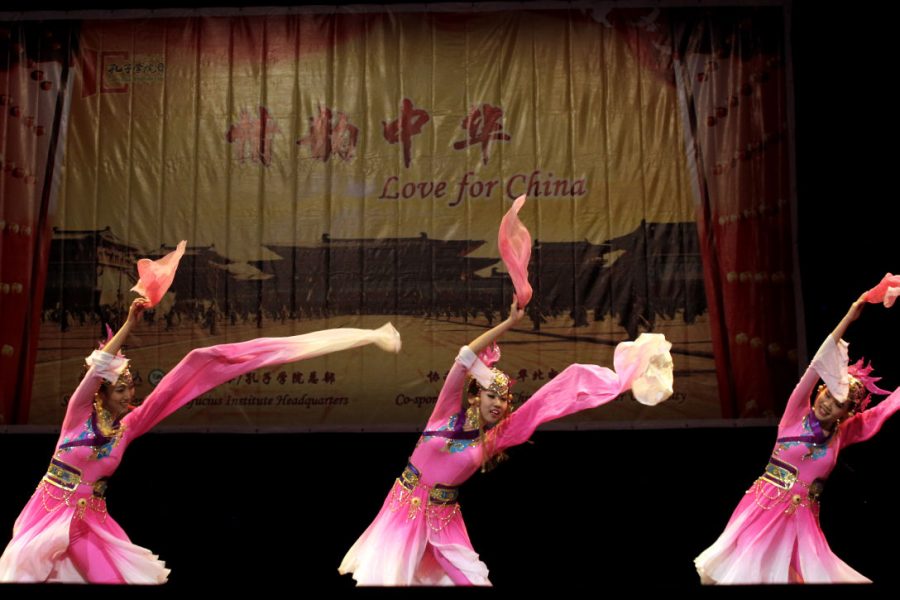 The event was hosted by WKU’s Confucius Institute which featured a performing troupe from their sister university in China, the North China Electric Power University.

“Love for China” was the kickoff for Confucius Day, a holiday to celebrate Confucius, a Chinese philosopher.

During the weekend, the Confucius Institute hosted other events such as the symposium, “Understanding China” to help commemorate the holiday and had multiple booths at the Bowling Green International Festival.

Jackie Goldammer, events and operations director at SKyPAC, said the goal of the event was primarily geared toward education.

Terrill Martin, managing director for the Confucius Institute, said the event began preparation in the late spring. He said the institute plans to do more events similar to “Love for China,” such as celebrating the Chinese New Year.

Monticello junior Sarah Angelle said she thought it was amazing.

“I thought it was an accurate representation of Chinese culture, and I loved how each aspect of the performing arts in China all came together, like the instruments, the dances and the songs,” Angelle said.

“I had never heard of that, so it was really cool to see,” Madsen said.

Various Chinese traditional instruments were used, such as the Chinese flute and the Chinese lute.

Angelle said the event served as an insight to China’s culture.

“I think a lot of Americans aren’t really accustomed to Chinese culture and way of life, like their art forms,” Angelle said. “So, being able to see that and be exposed to that is really important.”