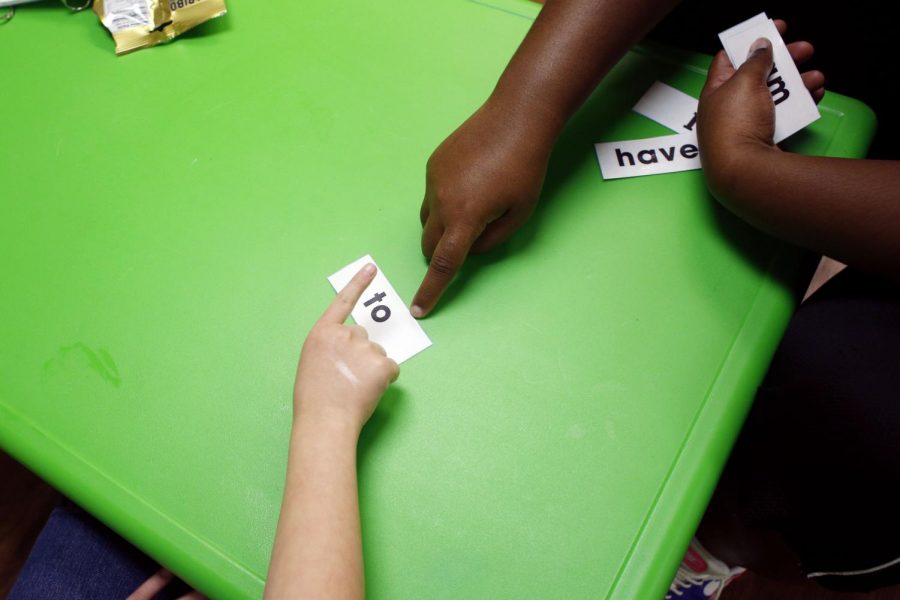 Founded to foster friendships with individuals with intellectual and developmental disabilities, the WKU chapter of Best Buddies continues on in its sixth year on campus.

The chapter held its first meeting of the school year on Sept. 10.

Best Buddies is a nonprofit organization founded in 1989 by Anthony K. Shriver. There are chapters nationwide and worldwide. The organization intends to expand global volunteer movement to create an inclusive environment for people who have intellectual and developmental disabilities, or IDD.

Chapter president and Bowling Green senior Katherine Devine said she’s happy to be a part of the organization.

Hutchison said the organization does not discriminate against anyone.

“We want everyone to be a part of the community, a part of our campus and not a visitor,” Hutchison said. “And that’s the philosophy of Best Buddies here at WKU.”

Since 2009, the WKU chapter has grown. Tichenor said what started as 10 to 15 students has become more than 60 students wanting to become peer buddies. Along with gaining more student interest, WKU Best Buddies received a Buddy House, built a year and a half ago to serve as the host site for Best Buddies events. Tichenor said without this opportunity, individuals with IDD would just stay at home.

Devine said that the vision of Best Buddies is to create an environment where their organization and other similar organizations are no longer needed.

“We want to create a society that naturally accepts people with disabilities and just wants to be friends with them,” she said.

Devine said one of the reasons this chapter is outstanding is that members are very accepting of each other.

“We don’t expect anything but for everyone to come as they are and we love you just as you are,” she said.

All members are advocates to encourage communities to include individuals with intellectual and developmental disabilities in all aspects of life, including education, religion, community activities and employment.

“There’s a difference between living and having your basic needs met than having friendship, love and support that makes life so much fun, and that’s what we’re hoping to provide for our buddies,” Devine said.

Louisville senior Whitney Reed, Campus and Community Involvement chair, said the organization is like a family.

“The relationships you build will last forever,” Reed said.

Several events are held throughout the year to provide an opportunity for buddies to socialize with others. Such events include karaoke nights, holiday parties and the Buddy Walk, a walk to celebrate Down Syndrome Awareness Month.

Devine encourages students who haven’t had experience with individuals with IDD to step out of their comfort zone and join because of the rewarding experience it can provide.

“Any amount of time and energy I put into this organization is 100 percent worth it,” said Devine. “You know what you’re doing is truly making a difference.”

“It’s really cool to be a part of something where you are having so much impact in many different parts of the world,” she said.