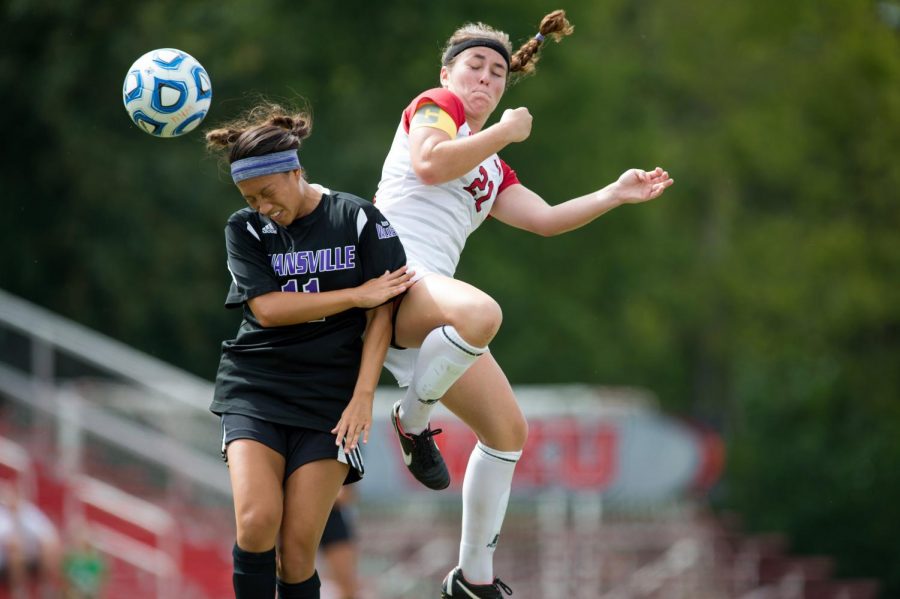 WKU soccer dropped a 2-0 decision to host team, Yale, on Friday, but managed to topple Sacred Heart, 2-1, on Sunday in this weekend’s Yale Classic in New Haven, Connecticut.

The tournament was a homecoming of sorts for WKU Head Coach Jason Neidell, who is a 1994 graduate of Yale. Neidell helped lead the Bulldogs to an NCAA Final Eight appearance and New England and Ivy League titles, during his playing days for the Bulldogs.

“This weekend was an incredible experience,” Neidell said. “With so many familiar surroundings around me, I hope that I was able to show enough of my own school pride so that my players noticed, and they will be able to show their school pride for WKU one day.”

Neidell’s homecoming didn’t go quite as planned. In their first game, the Lady Toppers failed to score a goal against his alma mater.

“We had a hard time adjusting to the unfamiliar turf field,” Neidell said. “The balls were taking strange bounces, and it just took us awhile as a team to adjust accordingly.”

He said the problem was not the Lady Toppers’ lack of effort. WKU fired off a total of five shots each half, and six of the team’s total shot attempts were on goal.

“We gave a really good effort in the loss and had some good moments,” Neidell said. “We just made a lot of mistakes as a team, and an unfamiliar Yale team just played better.”

Neidell’s homecoming did have its bright moments. The Lady Toppers were able to beat an experienced Sacred Heart team in overtime, 2-1, on Sunday.

Sophomore forward Iris Dunn was able to strike first in the game, scoring on a penalty kick in the 85th minute of play.

Sacred Heart tied the score at 1-1 just two minutes later, but in a very competitive overtime, it was junior forward Lauren Moats’ golden goal that sealed the victory for the Lady Toppers. Moats said that sophomore midfielder Haley Baldridge gave her an assist, which enabled her to chip the ball right over the goalkeeper.

“It was a great feeling scoring that goal,” Moats said. “It took off a lot of pressure because we really needed to come out of the tournament with a win.”

The Lady Toppers are back in action on Saturday. They travel to Terre Haute, Indiana for a bout with Indiana State at 6 p.m. CT.