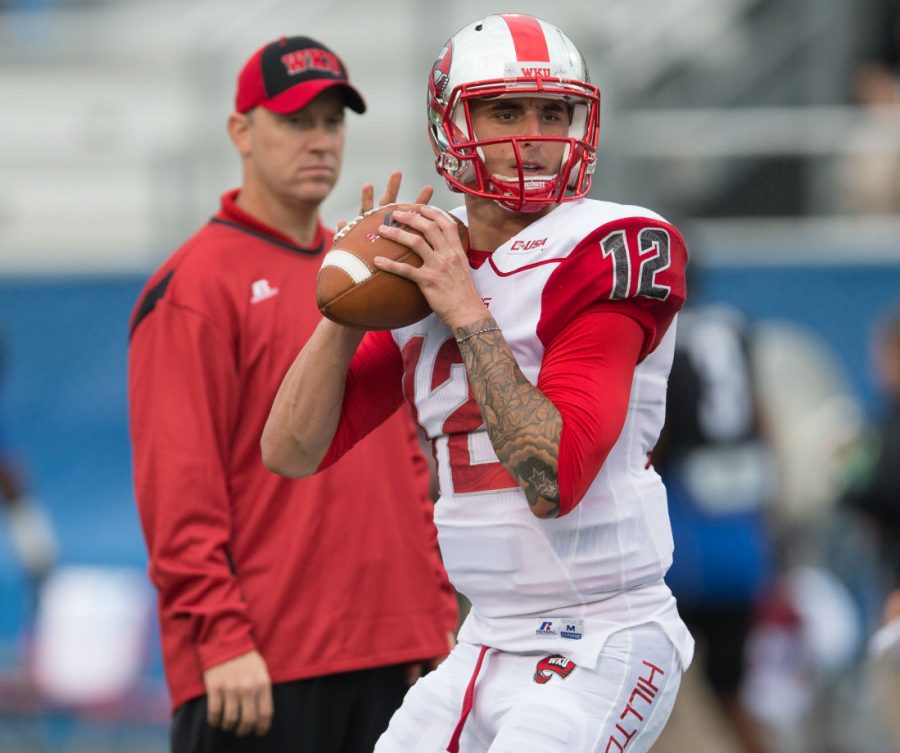 MURFREESBORO, Tenn.  — WKU found itself down 14-3 at the end of the first quarter against long-time rival Middle Tennessee in Murfreesboro, Tennessee – but the Hilltoppers put on a sound offensive display in the second quarter, leading to a 24-24 halftime score.

WKU has outgained MTSU 393-271 in total yards, and both teams have converted on each of its three redzone opportunities.

Redshirt quarterback Brandon Doughty has completed 21-of-31 passes for 324 yards and two touchdowns, but his interception late in the first half set up a scoring drive for the Blue Raiders. MTSU entered the game having given up only 75.5 passing yards per game, which was good for a third-ranked national mark.

Sophomore receiver Nicholas Norris has been the primary beneficiary to the Hilltopper passing attack, accumulating 163 yards receiving on five receptions in the first half. He hauled in a 47-yard touchdown reception from Doughty.

Junior running back Leon Allen is leading the way for the Hilltoppers on the ground with 62 yards on 13 attempts and a touchdown.

The game can be viewed on MyNashville30 or WKYU PBS in the Bowling Green area.