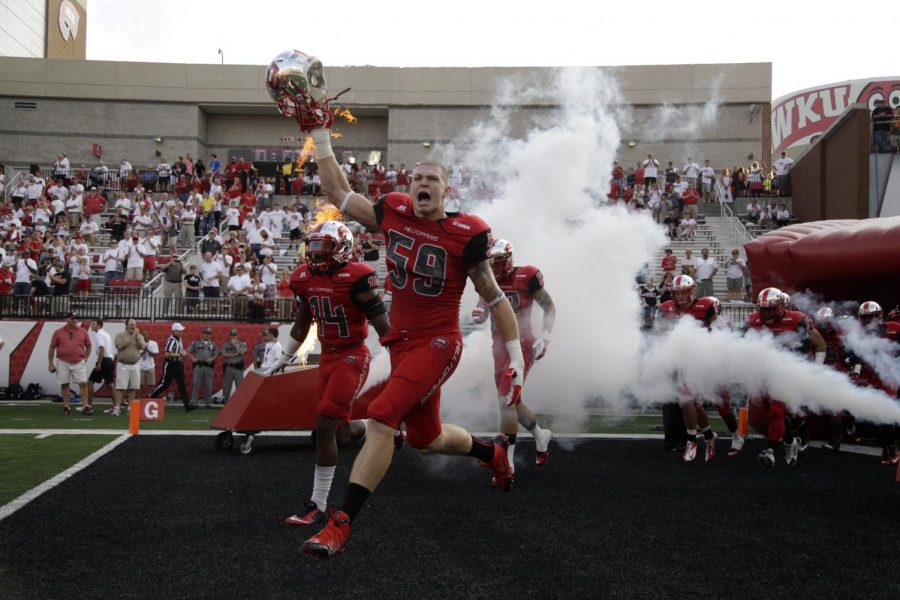 After one game, WKU’s offense ranks third in the country in total offense after racking up a school FBS record 702 yards. In 2013, Illinois’s defense gave up 35.4 points per game and ranked 104th nationally. The Fighting Illini allowed Youngstown State – an FCS school in the Missouri Valley Conference – to put up 380 yards of offense.

Illinois – QB Wes Lunt led Illinois on three touchdown drives in the fourth quarter to defeat Youngstown State. The Oklahoma State transfer was 24-of-38 for 285 yards and four TDs, the most for any Illinois quarterback making their debut.

Jeff Brohm and secondary coach Mike Cassity have both spent time with Illinois. Brohm was the quarterbacks coach from 2010-11 and Cassity served as defensive coordinator from 2001-03….The Hilltoppers are 0-4 all-time against current members of the Big Ten with losses to Wisconsin, Nebraska, and twice to Indiana.