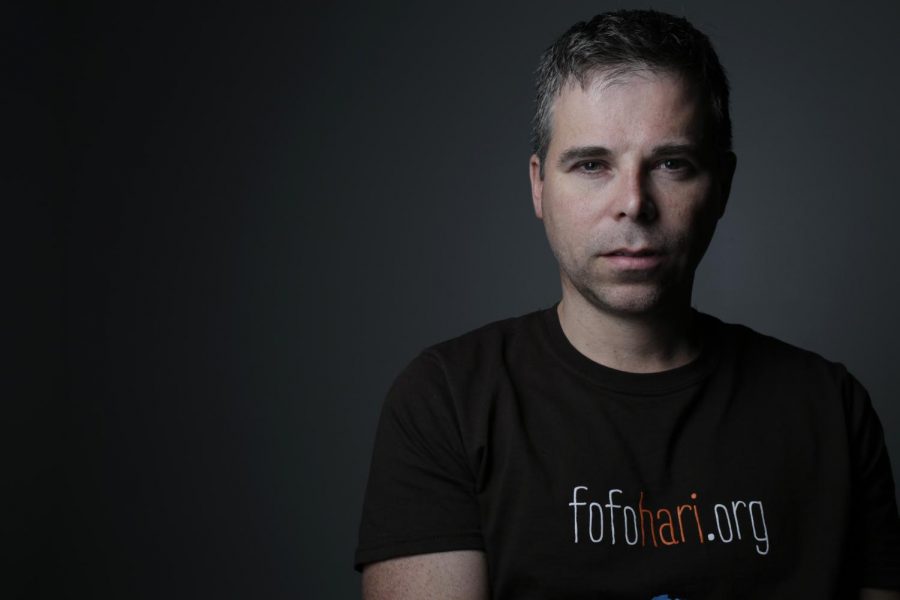 Jonathan Oglesby is a WKU graduate student and founder of the organization FoFo Hari, which means "Hello Water." FoFo Hari serves to educate people, namely those living in sub-Saharan Africa, about methods of water sanitation and hygiene to avoid disease and preserve water through art. Bria Granville/HERALD

Poverty is not a unique problem around the world. As of one year ago, 1.2 billion people live on less than $1.25 a day and 400 million of those call sub-Saharan Africa home, according to the World Bank.

The landlocked African nation Niger, tucked within the same desert, holds around 15.5 million people. The people of this country face daily challenges of a rising water illiteracy rate and finding food, with a water crisis being the root of it all.

“I keep seeing these things and waiting for them to change, but sometimes you have to start the change,” said WKU graduate student Jonathan Oglesby.

Oglesby has spent roughly 10 years traveling to Niger and researching the people’s needs in order to educate them on the source of their problem: water illiteracy. They are not aware of proper water sanitation, quality or hygiene, which leads to further issues such as disease, he said.

After graduating from WKU with a bachelor’s in biology and chemistry, Oglesby worked as a freelance designer and illustrator. He hopes to use his artistic abilities to “tear down walls of science” and, for the people of Niger, make water usage an understandable matter.

“I’m trying to overcome language and culture barriers by using art to teach them to wash their hands or boil water or use solar disinfectant,” he said.

His research technique is a three-part process consisting of interviews, surveys and eye-tracking technology. It emphasizes the locals’ needs and concerns by the direct consultation provided through the discussions and technology.

Eye-tracking technology measures where someone is looking, what they’re looking at and for how long. Oglesby said it allows true reactions and feelings to be recorded so he can accurately assess their interests and whether or not they understand his lessons on water.

David Keeling, geography and geology department head, said, “Jonathan’s approach is extremely innovative and has the potential to revolutionize how we approach the challenges of sustainability and water resource security.”

Niger relies heavily on foreign aid, but often the help goes beyond the natives’ understanding and capabilities. That is where Oglesby comes in. He ensures the people comprehend what is necessary for sufficient water.

“I want the people of Niger to feel like they have a voice,” Oglesby said. “I can give them an education, and then they can have an active role in decisions made on their behalf.”

The people who are learning now will pass their knowledge to their children and so on, hopefully expanding water education to the future leaders of the nation, he said.

The process provides the people with information and tools they can use to help themselves through water issues.

Working so closely with Niger and getting to know their culture and customs has allowed Oglesby to make a strong impact on their water education, Keeling said.

Oglesby will spend the next year preparing funds and data to create materials to teach in villages, clinics and schools.

He also created an organization called “Fofo Hari,” which translates to “Hello Water,” that allows people to learn about water sanitation so that they can teach wherever they are in the world.

“Both researcher and community members can learn from each other and provide opportunities to share successes and failures with other groups in other regions of the world,” Oglesby said.