He’s out of bounds! 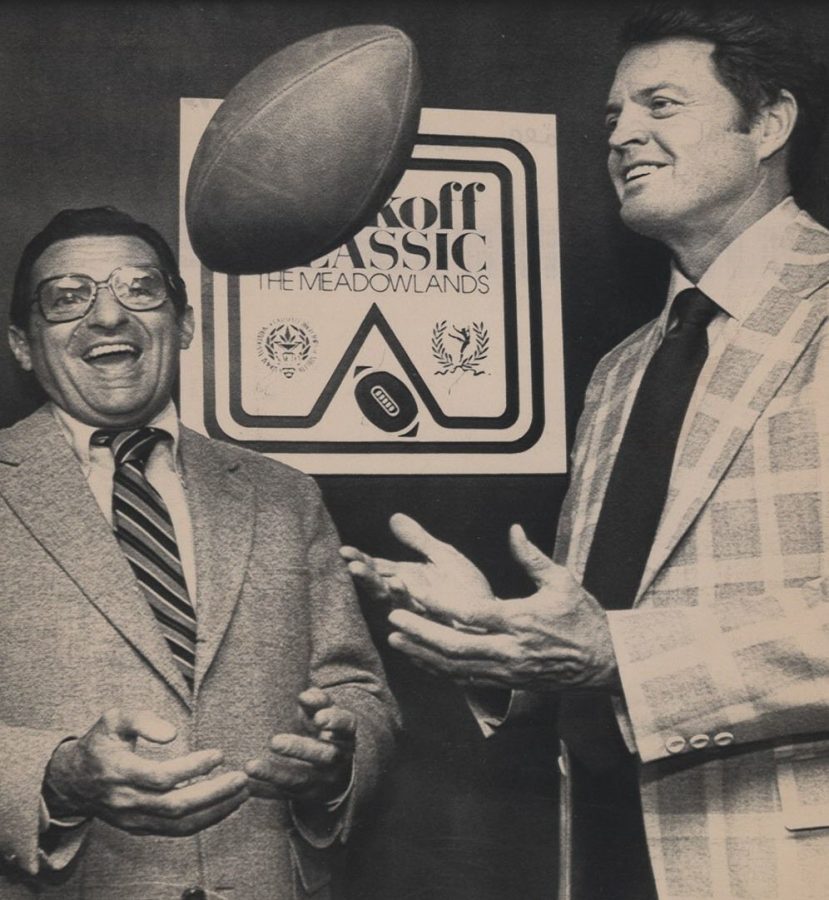 Penn State's Joe Paterno and NU's Tom Osborne clown around during a news conference before the 1983 Kickoff Classic. The controversial finish to the teams' game the year before led to them playing in the inaugural Kickoff Classic.

The T-shirts showed the crooked sideline on the Penn State field, where Mike McCloskey appeared to catch a pass from Todd Blackledge with 13 seconds left in the game against Nebraska.

Footage and later admissions by those involved revealed that the Nittany Lion tight end was clearly out of bounds on the play, which helped Penn State to a 27-24 victory against one of the best NU teams in history.

After the “catch,” Blackledge hit Kirk Bowman on a 2-yard pass in the back of the end zone.

Sixteen years later, while speaking at Boys Town, McCloskey admitted he was out of bounds. Coach Joe Paterno said later that the pass might have been incomplete. Even Blackledge, who went on to a TV career, laughed that the worst call in Nebraska history was a break for the Nittany Lions, who went on to win the national title.