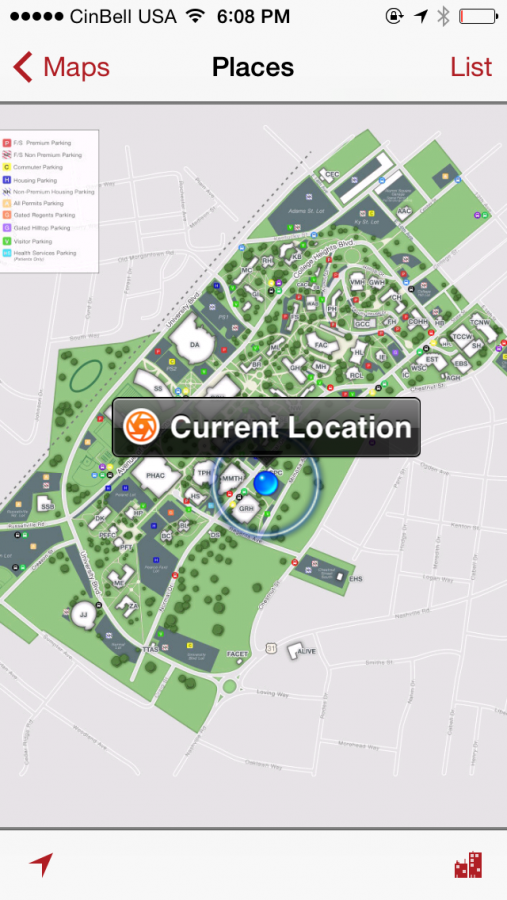 For students who may have trouble keeping track of all the events at WKU, a simple phone app may help.

iWKU, the official mobile app of WKU, has been updated for the start of the new school year.

Gordon Johnson, WKU’s chief Information Technology officer, said the idea for the app came from the trend of other universities having an app of their own.

Students can access maps of campus that feature a geolocation tool so they can get directions to class based on their current location.

The app also connects students to news stories and videos from WKU News and the Student Government Association. There is also a function where students are able to check up on various WKU events, including WKU sports schedules and scores.

Johnson said the new update includes a function where students can look up their course schedule.

From their schedule, students can access course times and syllabuses, and even get directions to any of the buildings on campus.

“I use it to find my classes and get on Blackboard,” she said.

Another update that was added in July includes the option to sign up for WKU emergency text alert notifications.

The recent updates and the beginning of the school year led to an increase in app traffic.

The free app can be downloaded from Android and iPhones. Windows phones can go to i.wku.edu and find the same functions.

Johnson said he would like to develop a way for students to contribute ideas for new features on the app.

“I’m thinking about creating a Twitter for new ideas,” Johnson said. “We’re trying to be sensitive to what is of value to students.”