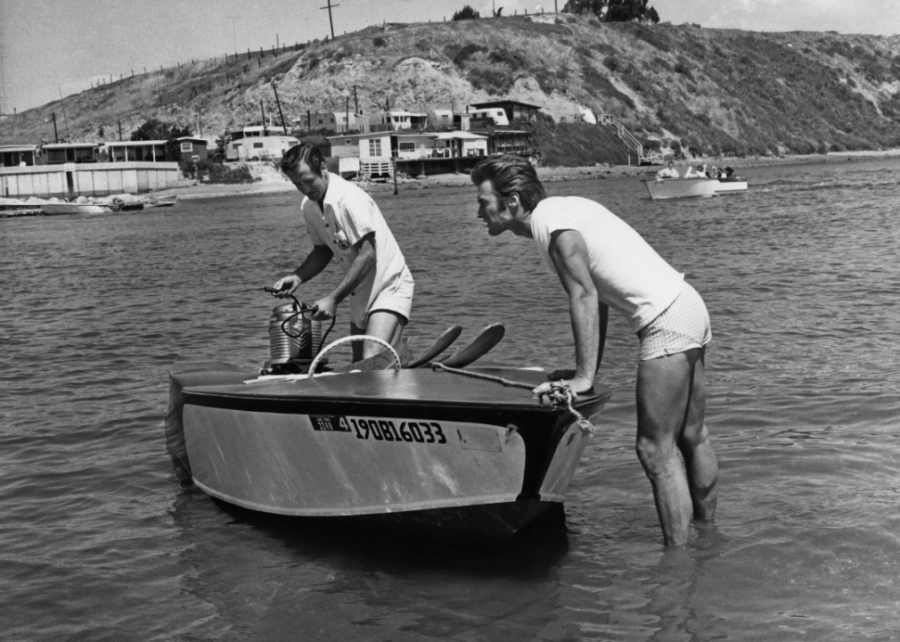 After high school, Eastwood found work as a logger, hay baler, truck driver, and furnace tender in a steel plant. He was drafted into the U.S. Army in 1950 and stationed at California’s Fort Ord, where he taught swimming lessons on base. After being discharged in 1953, Eastwood attended Los Angeles City College and worked in a gas station.