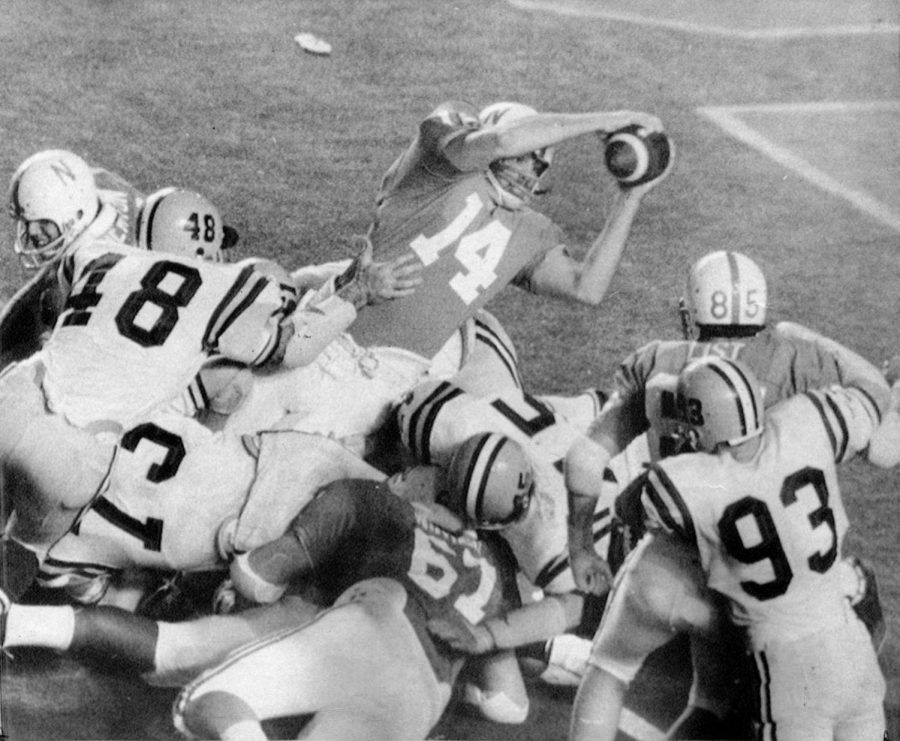 Quarterback Jerry Tagge stretches the ball over the goal line to give Nebraska the lead against LSU in the 1971 Orange Bowl. Tagge's sneak was the decisive score in a 17-12 victory that gave Nebraska its first national championship.

Nebraska caught a couple strokes of luck as it spent a suspense-filled Friday waiting to play in the Orange Bowl the night of Jan. 1, 1971.

The Huskers entered their game ranked No. 3 with the knowledge that top-ranked Texas and No. 2 Ohio State had lost earlier in the day.

Only No. 5 LSU stood between Nebraska and its first national championship.

The Tigers proved to be formidable. They had the Huskers on the ropes, leading by two points entering the fourth quarter, before NU quarterback Jerry Tagge and running back Jeff Kinney rallied the offense.

Nebraska used 12 plays to drive to the LSU 2-yard line. From there, the 6-foot-2, 215-pound Tagge used his second sneak of the night over the right guard to give the Huskers a 17-12 lead with 8:50 remaining.

“This was a hell of a football team, the best we’ve had,” he said.

Turns out, it was the first of several elite Husker teams.