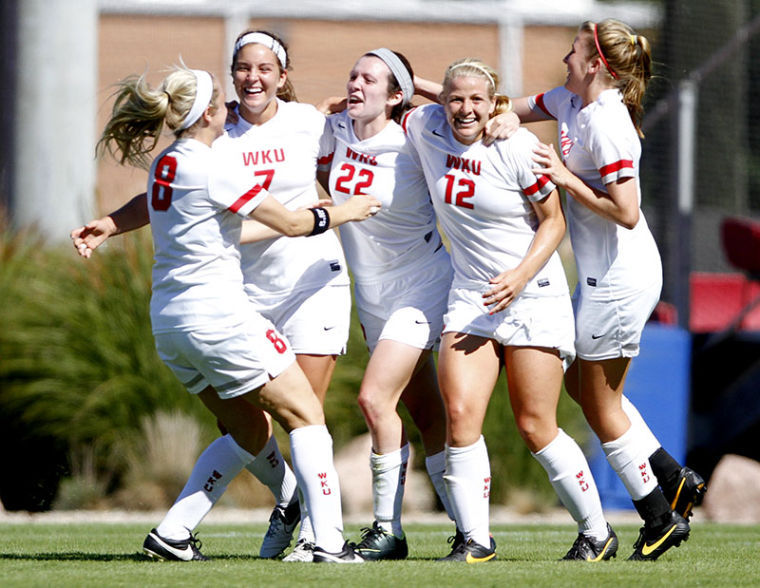 Sophomore defender Alanna Clancy (22) celebrates with teammates after scoring a goal in the 84th minute to take a 2-1 lead over Lipscomb.

WKU soccer has been selected to finish tied for ninth place with rival Middle Tennessee in the C-USA preseason coaches’ poll released on Tuesday.

In addition, no Lady Toppers were selected to the preseason all-conference team.

Defending Eastern Division champion Charlotte has been tabbed as the favorite heading into the season. The Lady Toppers will welcome the 49ers to the WKU Soccer Complex on Oct. 8 for their first home C-USA match.

“Coming into a new conference I knew we would have to earn respect,” Neidell said. “I think being picked ninth will give us some motivation throughout the season. It’s not about where you start. It’s about where you finish.”