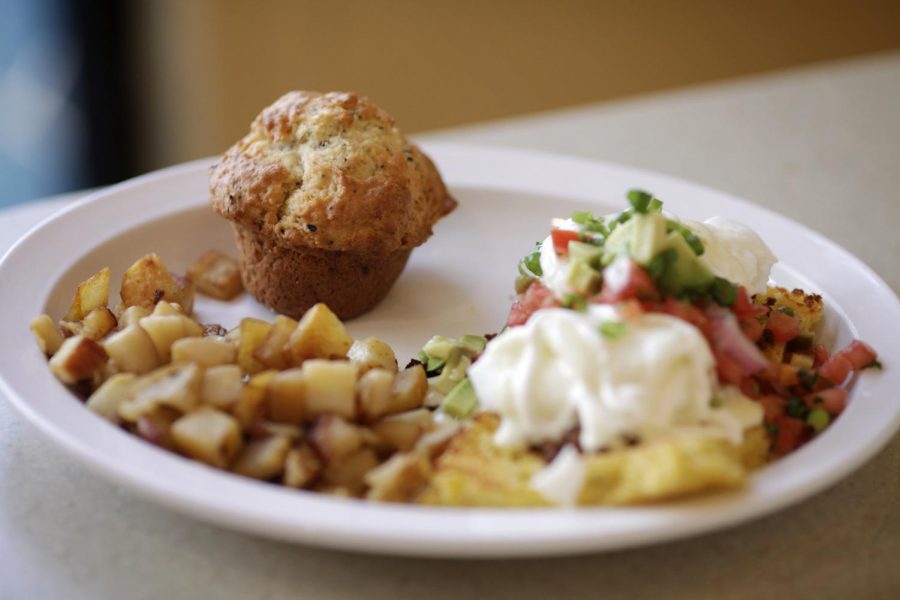 Angela Reeves, a WKU alumna and Bowling Green native, always knew she wanted to be in the restaurant business.

“I worked as a server…during college and graduate school and loved it,” Reeves said. “I grew so passionate about the industry and knew long term that’s where I wanted to be.”

The opening of Wild Eggs, a new breakfast, brunch and lunch restaurant on Campbell Lane, allowed Reeves to finally enter the industry as general manager of the restaurant, along with close friend and “eggsecutive” chef Andy Henderson.

The two worked together at Mariah’s while Reeves attended college. There, they talked about how they wanted to emerge into the restaurant business together and decided that Bowling Green should be introduced to the concept of a “gourmet dining experience at the breakfast and lunch hours.”

Henderson has always been interested in the concept of breakfast, so when Reeves mentioned the idea to Henderson, he couldn’t help but get “eggcited.”

“It’s not just the food that gets me, it’s the cloth napkin, the ‘real’ silverware and china…and the smiles you get from the staff as they deliver a dining experience you wouldn’t get anywhere else at 7 a.m.,” Henderson said.

The goal of the restaurant is to ensure guests receive the same dining environment that they would experience at an upscale restaurant, but for less.

Prices usually range from $10 to $12 for meals, but there are also prices as low as $5. Reeves described the atmosphere of the restaurant as a fun, lively environment, with good music and bright decor.

“The main attraction is the opportunity to give the guest an enlightening way to start their day,” Henderson said.

Reeves said she and Henderson would like to see both parking and kitchen prep space expanded, but Reeves believes the main improvements will come through further training and more time with open doors and filled seats.

“We have a wonderful program and training team, but it’s been a big learning curve for us all starting from the ground up,” Reeves said.

The team isn’t settling down in Bowling Green and plans on expanding in the future. They want to branch out and have been looking to open in neighboring cities such as Owensboro, Nashville and Elizabethtown. They plan to expand fairly quickly. There are currently four Wild Eggs locations in Louisville and one in Lexington, not run by Reeves and Henderson.

“I had no doubt Wild Eggs would go over well in Bowling Green, but was very moderate with projections for our business plan,” Reeves said. “So far we have greatly exceeded expectations.”