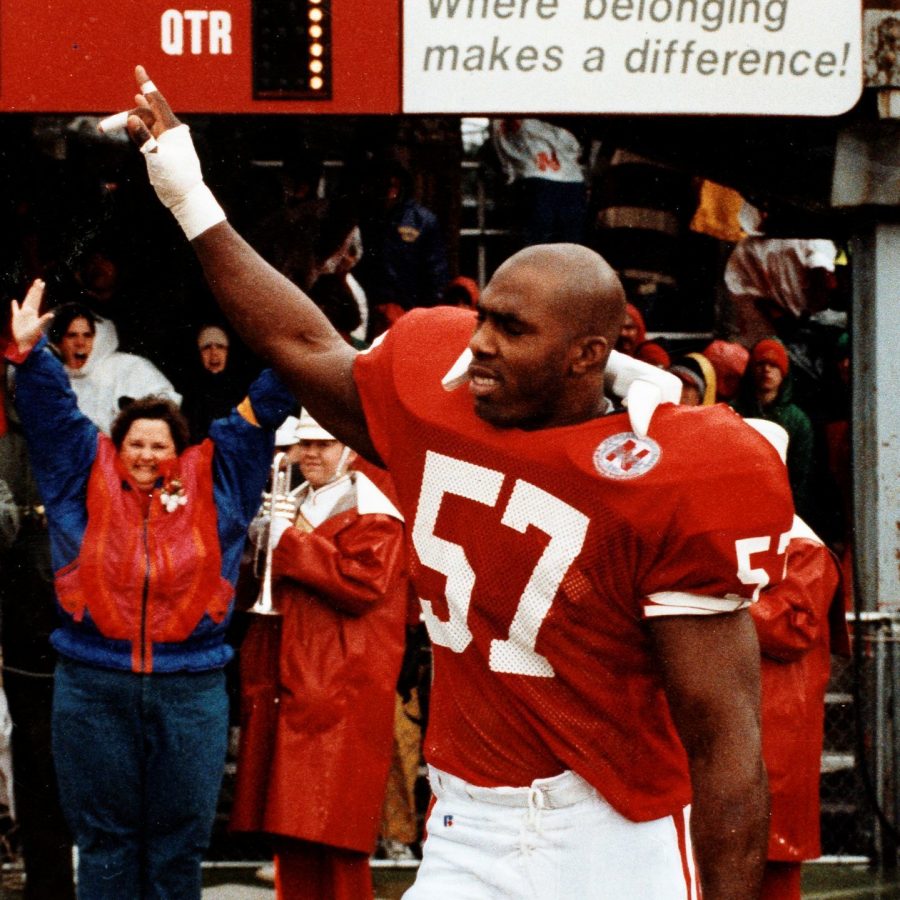 Kenny Walker received a round of "deaf applaus" at his last home game as a Husker in November 1990.

Nebraska fans gave the loudest ovation that nobody heard on Nov. 3, 1990.

Their tribute on Senior Day included a pregame “deaf clap” for beloved defensive tackle Kenny Walker, who became deaf at age 2 after he contracted spinal meningitis.

When Walker ran onto the field during senior introductions, fans responded by raising their arms in the air and turning their hands back and forth — the sign-language signal for applause.

“I saw all the hands. That was wonderful,” Walker said after the game.

Mimi Mann, a sign-language interpreter, helped Walker conduct interviews and also with translating and signaling plays during his Husker career.