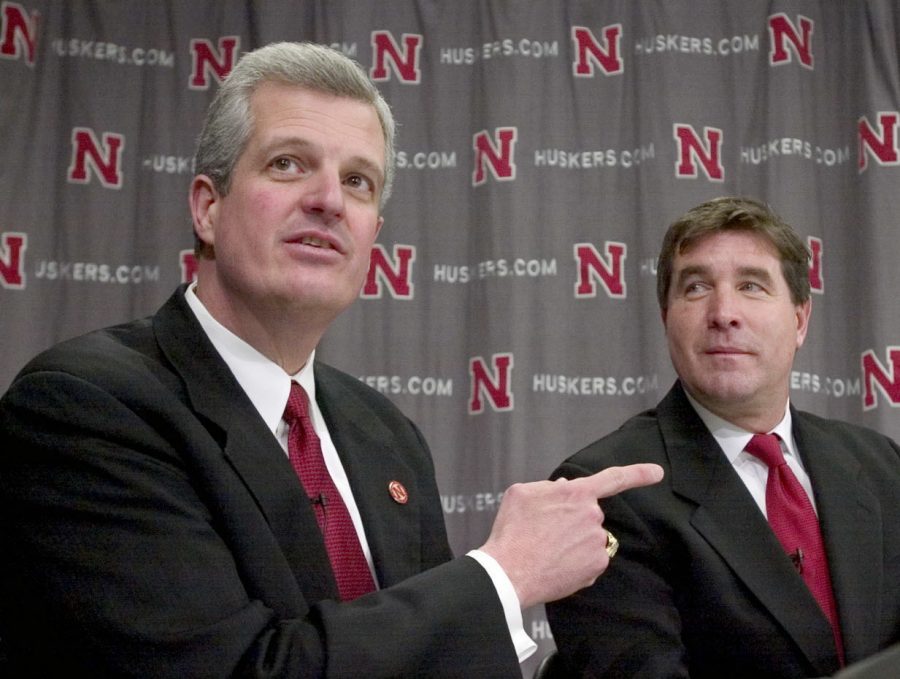 Nebraska chancellor Harvey Perlman said there was no joy in his heart for having to fire athletic director Steve Pederson.

But with the NU athletic department’s culture eroding and Bill Callahan’s football program sliding at an alarming rate, the move suddenly seemed inevitable.

Never mind that Perlman, at the end of July of ’07, had extended Pederson’s contract by five years. It cost $2 million to buy out Pederson.

In announcing Pederson’s firing, the chancellor said he’d noticed a decline in morale and growing concern about keeping key personnel in the athletic department. Paul Meyers, a key fundraiser, was among several people who departed.

Thus ended the Pederson era, a stunning fall from grace for the North Platte native.