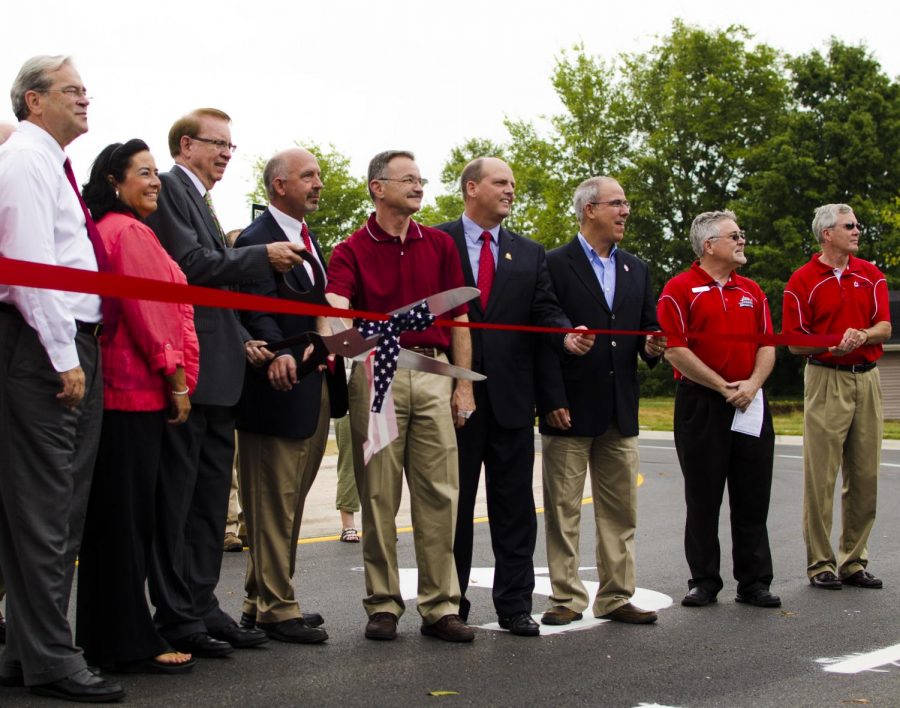 Bowling Green officials cut a ribbon for the opening ceremony of the new roundabout in Bowling Green, Aug. 8, 2014. TANNER COLE/HERALD

The roundabout connects U.S. 31-W, Loving Way and University Boulevard just in time for WKU’s fall semester. Construction for the two-lane roundabout began in May.

“This particular intersection has been a major bottleneck that has caused traffic congestion for many, many years,” Russell said. “It’s almost one of those intersections that seem to have no answer.”

Worries concerning Bowling Green drivers’ ability to properly use the roundabout were addressed at the ribbon cutting ceremony. Mayor Bruce Wilkerson reflected these fears by jokingly donning a helmet before cutting the ribbon.

Regardless of traffic anxieties, statistics from a study from the Insurance Institute for Highway Safety show a 39 percent drop in the number of accidents after installation of a modern roundabout.

“[There is] quite an effort to educate as part of Western Kentucky University,” Wilkerson said. “They’re going to put it in their MASTER Plan for incoming freshman.”

State Rep. Jody Richards, D-Bowling Green, is an advocate for the roundabout and has just three rules for worried drivers.

“Follow the signs, slow down, but keep moving,” Richards said. “It will work fine.”